FBI on Why ‘ISIS’ Redacted: ‘Cowards’ Can be Easily Influenced 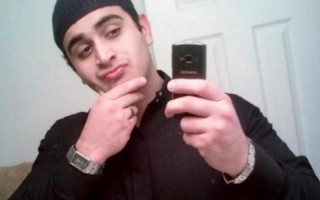 The internet is on fire with outrage over how the FBI decided to redact portions of the transcripts between police dispatch and the Orlando shooter, Omar Mateen. The decision has come under fire from many conservatives who believe that the Obama administration is trying to downplay the role of “radical Islam” in the Orlando shooting. On Monday morning, FBI Special-Agent-In Charge Ronald Hopper gave additional reasoning for why the FBI decided to take this somewhat unprecedented step.

“Part of the redacting is meant not to give credence to individuals who have done terrorists acts in the past. We are not going to propagate their rhetoric, their violent rhetoric and we see no value  in putting those individuals back out there,” Hopper said during a press conference.

“We are trying to prevent this from happening again and for cowards like this one … people like that influence them … so we are not going to continue put their names out front,” he continued. Hopper also contended that Mateen was radicalized domestically.

A reporter confronted him with the fact that in other transcripts, “ISIS” had not been omitted.  Hopper responded that they made the best decision for this case.

In one of the dispatch transcripts, the shooter confesses, “I am in Orlando, and I did the shootings.” He also said, “Praise be to God, and prayers as well peace be upon the prophet in God.”  But when Mateen pledges his allegiance, the FBI inserted “[omitted]”. Earlier reports indicate that Mateen had pledged his allegiance to ISIS during that call.

As for the legality of the FBI’s decision, since they are in the midst of an investigation, there is nothing legally preventing them from omitting sections of the police dispatch transcripts. Technically, under federal open records law, the FBI is not required to release transcripts like this during the course of an investigation.