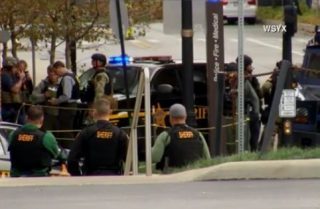 With reports of an active shooter on the campus of Ohio State University, as is the case any time such a horrible incident takes place, people tend to wonder what can be done to prevent future incidents. Gun control proponents will often look to local laws to see if something can be changed to make it more difficult for potential perpetrators to carry out attacks. Gun violence is clearly a more complicated issue than just what’s legal, and the issue of guns on campus has strong voices on both sides. While some believe that having more guns around creates a more dangerous atmosphere, others feel that with responsible gun owners present, it would be easier to prevent a rogue shooter from carrying out significant damage.

Ohio state law prohibits anyone from carrying a concealed weapon on a college campus, regardless of whether the school is public or private. Statute 2923.126 says that even someone with a license to carry a concealed weapon cannot do so on  “[a]ny premises owned or leased by any public or private college, university, or other institution of higher education, unless the handgun is in a locked motor vehicle or the licensee is in the immediate process of placing the handgun in a locked motor vehicle.” A bill has been proposed that would allow students to carry concealed firearms on campus, if their schools allow it.

There is currently no Ohio law against open carrying of firearms in public, including on campuses, although schools have their own rules regarding this. Ohio State University’s Code of Student Conduct prohibits any possession or storage of firearms, even when permitted by law.