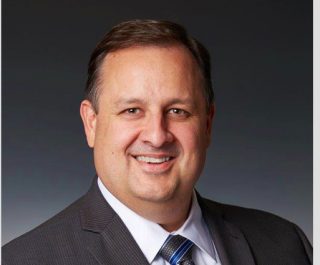 Walter Schaub Jr., the director of the Office of Government Ethics (OGE) spoke at the Brookings Institution following the press conference held earlier today by President-elect Donald Trump in which he announced his conflict-of-interest plan.  Schaub is not buying it.

In a series of tweets, Eric Lipton of The New York Times details Schaub’s take on Trump’s current plan:

Office Government Ethics re Trump: We can’t risk creating perception that government leaders would use their official positions for profit

Although several experts have noted that Trump’s business interests may create substantial conflict-of-interest issues for the President-elect and violate the Constitution’s Emoluments Clause, Trump’s legal team has stated that he is going to voluntarily donate all profits from foreign government payments made to his hotels to the United States Treasury and thus put to bed any concerns over this issue.

As Schaub noted, liquidating some of his assets may not be too high a price in order to constitutionally accept his position as President.

Gov Ethics Head re Trump “So, no, I don’t think divestiture is too high a price to pay to be the President of the United States of America.”

Schuab, who was appointed by President Barack Obama, is serving a five-year term which expires in 2018. The Office of Government Ethics is an agency tasked with directing policies on how to prevent conflicts of interest in the executive branch.

[image via Office of Government Ethics]