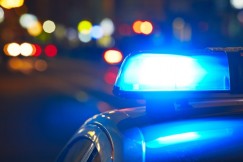 With increased public attention on problems of police violence, particularly in the wake of Michael Brown‘s controversial death, support for body-mounted cameras as a potential solution has gained steam. In the wake of the turmoil in Ferguson, and videos documenting the deaths of Eric Garner and Walter Scott, more Americans and politicians have voiced their support for the technology.

While the body cam issue has continued to heat up, the debate surrounding how much footage should be released to the public is relatively new. NY1, Time Warner Cable’s 24-hours news channel, was billed $36,000 by the NYPD for approximately 190 hours of footage the channel requested under New York’s Freedom of Information Law.

Time Warner is now suing the NYPD in New York state court over the $120 per hour rate. The NYPD has not commented on how they arrived at the rate, other than to identify that it takes time to review the footage and make necessary redactions pursuant to legal and privacy concerns. However, according to NY1’s lawsuit, the NYPD denied the network’s request for raw, unedited footage.

The police did note that “the cost of compensating a police officer is $120 per hour.” If we assume a 40-hour work week at 50 weeks, that comes out to 2000 hours. A $120/hr rate would yield a $240,000 salary. That simply does not add up. If that figure holds true, I anticipate the NYPD will see a sharp rise in applications in the coming weeks.

The NYPD’s current price tag for footage is counterintuitive to the public policy goals of accountability and transparency. If police across the country want to regain the trust of the citizens they serve, exorbitant pricing of footage may not be the best place to start. The public will find it difficult to reconcile an officer being paid a $120/hr rate to review, redact and process footage while field officers risking their lives earn substantially less.

The police work for the citizenry of New York. Their aim is to protect and serve. This policy serves the pockets of the NYPD, that’s about it.

How much do you think the public should have to pay for police footage, if anything? Tell us in the comments.