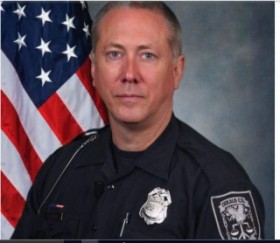 As for what caused the officer to pull the trigger, Officer Robert Olsen said that Hill lunged at him. Hill’s family says he was diagnosed as bipolar and had stopped taking some of his medication.  Hill was not carrying a weapon.

Olsen was indicted on 6 counts, including  two counts of felony murder, violating oath of office and one count of aggravated assault.

This indictment comes after DeKalb County District Attorney Robert James decided to conduct a further investigation into the matter after a civil grand jury came back in October inconclusive on whether Olsen should face charges. The grand jury noted then that the officer’s statements were inconsistent. The county is also facing a wrongful death lawsuit filed by Hill’s family.