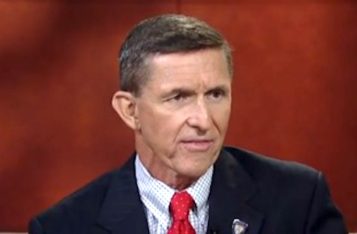 It is beyond irrational to say Trump’s (now former)National Security Advisor Michael Flynn violated the “Logan Act” – a law from – get this – 1799. That’s right – the 18th century. It was passed by the 5th Congress in response to a state legislator who tried on a personal level to negotiate peace with France. The anti-Jefferson Federalists (much like the never-Trump crowd today) weren’t having any of it so they passed the Logan Act to make private negotiating over international conflict a crime.

On December 29, 2016, Michael Flynn allegedly talked by phone with the Russian ambassador before Donald Trump was sworn in as President. Big deal. He should have been talking to as many foreign leaders as possible to help his boss’ transition team be in a position to lead from day one, from a position of strength, and on the best possible terms with all nations of the earth. After all, the outgoing Obama administration had just slapped Russia with sanctions for “tampering” with the US Election. Hypocrisy notwithstanding (the US has been interfering in foreign elections forever) now those intent on undermining the new President in any way possible insist General Flynn violated the “Logan Act.” He didn’t. Here’s just a few reasons why.

1. Nobody has EVER been prosecuted under the Logan Act of 1799 – although one farmer way back in 1803 was indicted – the indictment was not pursued. That’s it. No attempted enforcement since. Never.

2. There’s a reason it has never been used – it is unconstitutional. First – it violates the 1st Amendment – you know – that thing called freedom of speech and all that stuff.

A federal court in Waldron v. British Petroleum Co. said in 1964 that the law was “likely unconstitutional due to the vagueness of the terms “defeat” and “measures.” Beyond that passing reference by a New York district court there’s no judicial rulings regarding the Logan Act. Why? Well it’s like asking why 2 plus 2 equals four. Because that’s the way it is and everyone knows it.

3. Even in a hypothetical world where it would be constitutional, it shouldn’t be applied to Flynn who wasn’t exactly a “private citizen” but rather a public official as an official member of the presidential transition team and designee to be the National Secretary Advisor (not to mention a retired Lieutenant General). We should WANT the transition team to start building relationships.

4. You can’t have a crime without “criminal intent” – sort of like when the FBI said that even if Hillary Clinton’s emails were improper there was no criminal intent and no prosecution was warranted. Even if Flynn talked about sanctions (he says he didn’t) – there’s no evidence that he intended any crime.

5. Anyone remember Ronald Reagan? Many people believe his campaign secretly negotiated with Iran to not settle the hostage crisis until after the election. That’s arguably treason and there was never any meaningful inquiry.

6. How about Barack Obama in July 2008? He wasn’t even a nominee let alone a president-elect when he traveled the globe from Europe to the Middle East meeting with world leaders of every stripe discussing substantive policy and he did so – rightly – without any mention by anyone of the obsolete and useless Logan Act.

Flynn should be left alone and be allowed to do his job! If Trump caves in and dumps Flynn over a tempest in a teapot, Trump will look weak and will face a backlash from his supporters. Legally – and politically – this is much ado about nothing.