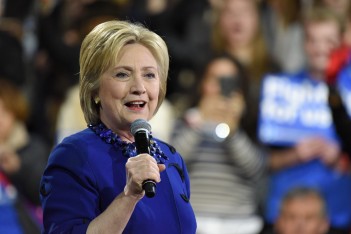 A pair of declarations submitted to a federal judge by the FBI late Friday in response to a Freedom of Information Act (FOIA) lawsuit brought by Vice News reveal new details about the Bureau’s “pending investigation” into Hillary Clinton’s use of a private e-mail server (“Clinton Server”) that tend to indicate the matter is far from over.

In December, Vice News filed a FOIA lawsuit against the FBI seeking to obtain information related to the Clinton Server, including:

1.  Any and all emails and other records retrieved from the server, thumb drive, and any other electronic equipment obtained either directly or indirectly from Hillary Clinton (collectively and individually the “Clinton Server”) which has not already been made public; and

Late on Friday, the FBI filed a Motion for Summary Judgment, asking the Court to dismiss the lawsuit on the grounds that the requested information is exempt from release pursuant to FOIA Exemption 7(A) because the release of records responsive to the requests could reasonably be expected to interfere with an active law enforcement proceeding.  The FBI also filed a pair of declarations in support of its summary judgment motion to provide the Court with a more detailed explanation and justification for the assertion of FOIA Exemption 7(A) to withhold records responsive to Vice’s request.

In the first declaration, David A. Hardy, the chief of the FBI’s FOIA office, states that the FBI has withheld two records responsive to Request #4 that consist of “memoranda from the FBI to the Department of State regarding evidence” and the “purpose of these communications with the Department of State was to solicit assistance in furtherance the FBI’s investigation.”  Furthermore, the “FBI concluded that the disclosure of these records … could reasonably be expected to reveal the nature, scope, and focus of the FBI’s activities in the investigation….”

With respect to Request #1, Hardy does not reveal the specific number of responsive records, rather he simply states that any responsive records are “potential evidence in the FBI investigation, or may provide leads to or context for potential evidence.”  He goes on to state that the premature disclosure of evidence could be reasonably expected to interfere with the pending investigation because it could tip off individuals to the scope of focus of the investigation and allow them to take defensive actions and/or suppress evidence.

In addition to the Hardy Declaration, the FBI also filed a “Classified Declaration” that provides additional details in support of the FOIA exemption which the FBI states they could not provide on the public record without further adversely affecting the ongoing investigation.  The classified declaration will be reviewed by the Court in private and purports to further describe the harm associated with releasing information responsive to Request #1 and Request #4.

The information contained in the FBI’s summary judgment motion and accompanying declarations is important because it indicates that the FBI is still in the process of sorting through and gathering evidence related to the Clinton Server investigation.  The FBI states repeatedly throughout the latest court filings that it is continuing to assess the evidentiary value of “any materials retrieved for the investigation” from the Clinton Server and expresses concern about how the premature disclosure of evidence would adversely impact the pending investigation. Furthermore, the FBI’s response to Request #1 could be interpreted to indicate that the FBI did in fact recover additional materials, including possibly deleted e-mails, from the Clinton Server.

Finally, the fact that the FBI filed a “Classified Declaration” in support of its summary judgment motion tends to indicate that even more classified material exists on the Clinton Server than the over 2,000 classified e-mails we already know about.  In fact, LawNewz asked former federal prosecutor Bill Thomas to clarify the significance of the “Classified Declaration” and he said, not only is the “information being submitted to the court classified, but its really more than that, it is information that if revealed there exists ‘reasonable danger that compulsion of the evidence will expose military matters which, in the interest of national security, should not be divulged.'”

At the end of the day, this all makes Clinton’s defiant refusal to even address Jorge Ramos’ question about a potential indictment at the March 9 Democratic debate look even more like wishful thinking.  Clinton and her supporters may not want to hear it, but this e-mail issue isn’t going away anytime soon.