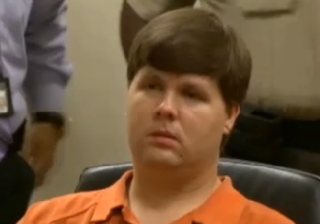 As LawNewz.com mentioned earlier this week, one juror no-showed the mandatory appearance, with Judge Staley threatening to send sheriffs after Juror 57 for not being there. Well, the elusive juror returned on Wednesday, only to be interrogated about his background.

Juror 57 in #JustinRossHarris #hotcardeath trial literally being cross examined abt truthfulness in his answers-never seen anything like it!

Juror 57 must feel like he’s on trial! Prosecutors: “Isn’t it true you were arrested three times, not just once.” #hotcardeath #RossHarris

Surprise. ADA says Juror 57 was arrested in 2004. Over 1 lb. of pot in his home in a safe. Failed to mention it on questionaire #11alive

Hard to argue that you would be a responsible juror when you miss your court date, only to be caught hiding your criminal history.

And in case you’re wondering why he didn’t show up to begin with?

Juror 57 just got back from Coachella…the big music festival in Southern California that happened this weekend. #11alive #RossHarris

Juror 57 did not make the cut.