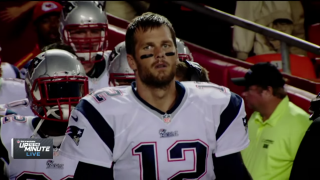 The 2nd Circuit Court of Appeals has officially spoken and on Monday,the NFL reigned victorious in the Deflategate decision, leaving Tom Brady and the NFLPA rather deflated. Monday’s win is almost certainly an indication that Tom Brady’s continued legal battle against the NFL may be prove to be increasingly challenging, leaving him with no choice but to sit out the 4 games this upcoming NFL season.

It’s been nearly 2 months since the NFL and the NFLPA (on behalf of Tom Brady) presented oral arguments before a three judge panel in the US 2nd Circuit Court of Appeals. In a previous article I wrote for LawNewz, I explained the arguments by both parties and concluded with a prediction that the NFL would win this appeal.

Just as a reminder, during oral arguments, Paul Clement, representing the NFL, argued that Commissioner Roger Goodell was within his right to suspend Tom Brady 4 games in connection with Brady’s suspected deflation of footballs during the 2015 AFC Championship Game. According to Clement, Goodell was able to exercise this right of authority as per the league’s disciplinary rules articulated in the NFL’s collective bargaining agreement. Keep in mind that the CBA was negotiated between the league and the NFLPA, so it’s abundantly clear, as a matter of labor law, that the commissioner has the authority to punish as prescribed by the jointly negotiated CBA. Conversely, Jeffrey Kessler, on behalf of Tom Brady, contended that Brady’s punishment under the CBA was invalid because Brady was not afforded any procedural protections, including notice that his lack of cooperation with the NFL would result in a 4-game suspension.

On Monday, the 2nd Circuit ruled 2-1 in favor of the NFL, reversing Judge Berman’s decision and reinstating Tom Brady’s 4-game suspension. In the majority opinion, the court makes it emphatically clear that their role was to not a question  about whether Brady, in fact, was involved in a scheme to tamper the footballs or whether Brady should have received a stricter or more lenient suspension.   Instead, the court’s role, under the Labor Management Relations Act, was to solely determine if Commissioner Goodell, as an arbitrator was “‘even arguably construing or applying the contract and acting within the scope of his authority’ and did not ‘ignore the plain language of the contract.’”

With this in mind, in a nutshell, the majority determined that Commissioner Roger Goodell had the grounds to suspend Tom Brady 4 games as prescribed by Article 46 of the NFL CBA. The court contended that as a matter of law, the CBA is legally enforceable because it was collectively bargained for and agreed upon by the league and the players. Under the black letter of the NFL CBA, the NFLPA and the NFL knew about the NFL commissioner’s disciplinary power and agreed to it when the CBA was signed. The court did not view Commissioner Goodell’s sanctioning power as an action that deviated from the language of the CBA. In fact, the majority viewed his actions as being compliant with the NFL CBA.

The majority opinion viewed the NFL’s analogy of tampering footballs being similar to using steroids to be a suitable analogy. “If deference means anything, it means that the arbitrator is entitled to generous latitude in phrasing his conclusions,” reads the majority opinion. “We have little difficulty concluding that the comparison to steroid users neither violated a “right” to which Brady was entitled nor deprived him of notice.”

The majority opinion, in a rather slick fashion, called out Tom Brady for failing to cooperate with the NFL investigation by destroying his cellphone. On this very issue, the majority stated that Brady had clear notice that his cooperation was of interest to the investigation, and for this reason, it would be unfathomable that Brady or the NFLPA would be “surprised” or “blindsided.” No question the 2nd Circuit scored a touchdown (no pun intended) with this statement: “[A]ny reasonable litigant would understand that the destruction of evidence, revealed just days before the start of arbitration proceedings, would be an important issue. It is well established that the law permits a trier of fact to infer that a party who deliberately destroys relevant evidence the party had an obligation to produce did so in order to conceal damaging information from the adjudicator.”

In his dissent, Judge Katzmann sided with Brady. Judge Katzmann asserts that Tom Brady was denied certain procedural protections during the course of his investigation. Katzmann also posits that Commissioner Goodell indeed had disciplinary power under Article 46, but believes that Goodell went beyond his disciplinary power when he sanctioned Brady for a punishment different than the originally charged misconduct.

Following oral arguments, I was almost certain the NFL had this case in the bag and my gut was right on this one. Overall, the NFL’s legal argument proved to be the strongest. The NFL was able to successfully convince the 2nd Circuit that Goodell was within his right legally to punish Brady in the manner he did because the NFL CBA gives Goodell that sanctioning power in the first place. Considering how poorly the case went for the NFL before Judge Berman in the Southern District of New York, this was an incredible victory for the NFL.

The question for Brady and the NFLPA is: what now? What is the next course of action? By law, Brady has two options. He can either seek an en banc review in the 2nd Circuit, which means that there would be a rehearing in the 2nd Circuit but, instead of a three judge panel like we saw here, the arguments would be made before all the judges of the court. Alternatively, Brady could always file an appeal to the Supreme Court. At this point, what seems more realistic?

As much as SCOTUS reviewing this case would groundbreaking in the sports law world, an en banc review before the 2nd Circuit seems most feasible. Appealing this case to SCOTUS could be a waste of time for Brady, as the Supreme Court may feel more inclined to review other more important and relevant cases. An en banc review allows Brady the opportunity to seek redemption and make his case to more judges who may look more favorably in his case. Then again, an en banc review of this case could be just as much of a win for the NFL if they can also successfully make their argument to the whole court that Roger Goodell abided by Article 46 of the NFL CBA.

Raffi Melkonian, a partner at Wright & Close in Texas, agrees that Brady has nothing to lose seeking a rehearing before the 2nd Circuit. “

“Taking a shot at rehearing risks nothing. Brady lost everything, so nothing worse can possibly happen. Also, because Katzmann is so highly respected by his peers (and everyone else), his strong dissent will at least get the full court to take a careful look. Combined with how high profile the case is, you never know,” he said.

Melkonian tells LawNewz.com that ideally, a settlement between the NFL and Tom Brady would be the best remedy to avoid prolonging the Deflategate case any more than it already has.

As for potential SCOTUS review, Melkonian thinks it would be a bit of a stretch for the Supreme Court to put Deflategate on the docket. “This case just doesn’t present the kind of long festering disagreement between courts of appeals that the Supreme Court takes to resolve,” says Melkonian.

For now, we await the NFLPA’s next move in resolving this matter, whether it’ll be in court or behind closed doors with the league. But as the Deflategate litigation continues, it’s becoming more and more apparent that this case is in contention to be one of the landmark sports law cases of our time.