Milo Yiannopoulos, Who Does Not Have a Law Degree, Will Represent Himself in Book Lawsuit 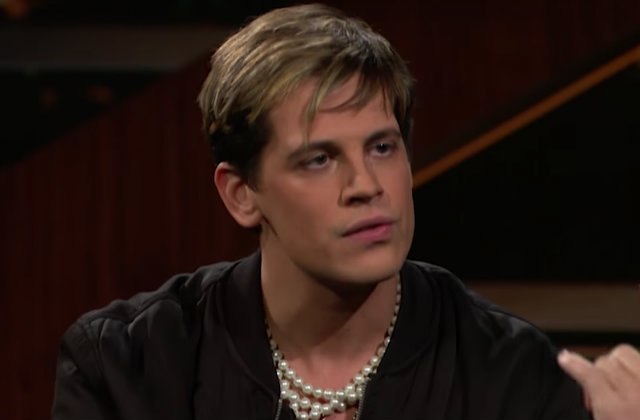 Right-wing commentator and former Breitbart editor Milo Yiannopoulos announced Monday that he will represent himself in his lawsuit against publisher Simon & Schuster for allegedly breaching his contract for the book “Dangerous.”

Yiannopoulos said he wanted to personally see documents only viewable by the attorneys.

“The lawyers at Meister Seelig & Fein were excellent litigators on my behalf,” he wrote in a statement obtained by Law&Crime. “The source of the disagreement between me and them arises from Simon & Schuster’s discovery tactics. We asked that all pertinent documents be open to the public record. But Simon & Schuster demanded that virtually all of the documents in this lawsuit remain confidential, and had them classified ‘attorney’s eyes only,’ meaning that I am not even allowed to see what has been said about me and my book in my own lawsuit. In other words, S&S has persuaded the court to withhold from me the documents I need to read in order to properly assess my own case. Therefore, I will now be representing myself pro se, so I can directly see the material, and I look forward to revealing Simon & Schuster’s perfidy in court.”

Yiannopoulos does not have a law degree. A 2017 profile in The Guardian says he dropped out of the University of Manchester and Cambridge University. When Law&Crime reached out for a follow-up quote, a spokesman told us that this issue would be addressed in a live stream set for Monday at 2:30 p.m. EST. Accordingly, Yiannopoulous said on the show that he’ll get legal advice from the CEO and general counsel of his company Milo Inc., Alexander Macris. He described him as a member of the New York State bar.

News broke Friday that Yiannopoulos’ lawyers in this case were trying to withdraw. In a motion obtained by The New York Daily News, lawyer Jeffrey Weingart construed this as a “breakdown” in the attorney-client relationship.

Yiannopoulos’ lawsuit against Simon & Schuster came after they dropped his book amid blowback over a video in which he appeared to condone sexual relationships between men and boys. He said those statements were misconstrued, and that he wasn’t describing illegal acts.

Note: This article was updated with information from Yiannopoulos’ online show.