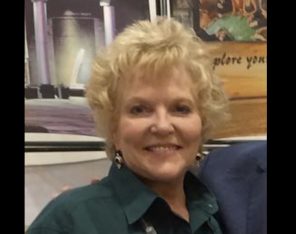 The Executive Director of the Convention and Visitors’ Bureau in Webster Parish, LA was terminated this week, nearly two months after she was first placed on administrative leave for accidentally live-streaming a private sex tape on the bureau’s Instagram feed.  The now-former Executive Director, Lynn Dorsey, reportedly said the video was intended to only be seen by her husband and called the incident as “an honest mistake.”

The Mindon Press-Herald reports Dorsey was fired after a lengthy closed-door meeting held by Webster Parish commissioners on Monday.  According to the newspaper, the commission did not provide a detailed explanation of the termination except to say Dorsey violated her “employment agreement” by streaming the video.

“After hearing the evidence, the majority of the commission believed that Dorsey had violated her employment agreement and that they had cause to discharge her from employment,” the commission’s attorney said after the 3-2 vote was finalized.

Dorsey was placed on paid administrative leave in early January after a private sex video was live-streamed over the bureau’s official Instagram account just before Christmas in 2016.  The newspaper discovered the video and was responsible for notifying Dorsey what was happening.  Once she found out about it, Dorsey told the reporter she was “mortified” and that she was new to Instagram and had made a “very private message” for her husband, never intending to send it out publicly.

“It was a horrible, honest mistake,” Dorsey said, according to reports in December. “I am mortified. I would never send that type of content out intentionally. It was a very private message for my husband; it was a brand new phone and a new Instagram feature. I am a new Instagram user, and unfortunately I pressed the wrong button.”

Dorsey’s attorney told reporters after the hearing that her client planned to fight the termination, possibly in court.

“She did, in fact, have a contract. And so we’re looking at our options to go to court,” the attorney said.

She also has the option of asking for a post-employment hearing before the commission.

Dorsey has not issued a public comment since the vote was held.