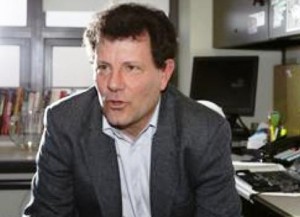 In a column in today’s The New York Times, liberal opinion writer Nicholas Kristof essentially admits there is discrimination against conservative ideology on college campuses. The opinion piece is rather eye-opening because for the first time we are hearing from a prominent progressive who admits there is a problem on campuses with conservative intolerance.

“We progressives believe in diversity, and we want women, blacks, Latinos, gays and Muslims at the table — er, so long as they aren’t conservatives … We’re fine with people who don’t look like us, as long as they think like us,” Kristof wrote.

For example, earlier this year, LawNewz.com wrote about a student senator who faced impeachment for daring to bring a controversial conservative speak to campus. And last year, Wesleyan students wanted to shutdown their student newspaper after a controversial piece on the Black Lives Matter movement. In the petition, the students wrote the paper, “neglects to provide a safe space for the voices of students of color.”

While some may disagree with what these conservative students and speakers have to say by cutting off their opportunity to express themselves, Kristof argues we are really doing a disservice to everyone. As Mr. Kristof writes, universities should not only be working to promote diversity in terms of race, background, and culture, but also in political belief and thought.

What’s interesting about Mr. Kristof’s column is that he doesn’t just use the typical anecdotal examples to prove his point, he also points to some interesting studies.

The scarcity of conservatives seems driven in part by discrimination. One peer-reviewed study found that one-third of social psychologists admitted that if choosing between two equally qualified job candidates, they would be inclined to discriminate against the more conservative candidate.