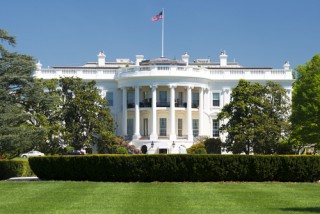 Email exchanges involving top officials at the Democratic National Committee released along with private documents by WikiLeaks show that DNC officials hoped to reward top donors and insiders with appointments to federal boards and commissions in coordination with the White House.

The revelations give an inside look into how the Democratic Party attempted to leverage its access and influence with the White House to bring in cash.

In an April 20, 2016 email, DNC National Finance Director Jordan Kaplan canvassed what appears to be the committee’s finance department – its fundraising office – for names of people (mainly donors) to reward with federal appointments on boards and commissions.

That email exchange yielded a list compiled by DNC Finance Chief of Staff Scott Comer and emailed to Kaplan on April 26 titled “Boards and Commissions Names_Final,” which listed the names of twenty-three DNC donors and insiders.

Kaplan emailed the list to Amanda Moose, special assistant to the president for presidential personnel, later that day. In an email without a subject line, Kaplan wrote just one line: “For your review,” seemingly referring to a previous conversation or exchange.

Then on April 28, Kaplan missed a call with Moose. He emailed Comer asking for Moose’s number that afternoon, presumably to call her back. Comer sent Kaplan the number. It’s unclear if Kaplan and Moose spoke.

But the two may have spoken several days later; a May 3 email from Comer to Kaplan shows that Moose wanted to set up a “20 minute conversation” with Kaplan.

None of the individuals on the list have been appointed to boards or commissions since the email exchanges took place almost three months ago. A few were named to slots in previous years.

The White House strongly denied any link between financial support for the party and appointments.

“Being a donor does not get you a role in this administration,” said White House spokesman Eric Schultz in an email to OpenSecrets Blog, “nor does it preclude you from getting one. We’ve said this for many years now and there’s nothing in the emails that have been released that contradicts that.”

The people on the list weren’t just hefty donors to the DNC; many also gave big money to Obama.

The practice of rewarding big donors with federal positions dates back to the times of the founding fathers.

Bob Biersack, who spent 30 years at the Federal Election Commission and is a senior fellow at the Center for Responsive Politics, said that “Big donors have always risen to the top of lists for appointment to plum ambassadorships and other boards and commissions around the federal landscape. This example shows that party fundraisers continue to see these appointments as an important tool in the donor maintenance process.”

Below is the full breakdown of donations made by individuals on the list from the beginning of the 2008 cycle through the end of June 2016. We included donations to candidate committees, PACs, super PACs and joint-fundraising committees.

Many on the list bundled for the Obama campaign and are bundlers for Democratic nominee Hillary Clinton. Notably, the individuals on the list gave significant sums to Clinton and none to Bernie Sanders.

Wade Randlett, also who formed the Democratic PAC, was appointed to the Advisory Committee on Trade Policy and Negotiations in 2014. Another on the list — Shekar Narasimhan — was appointed to Obama’s Advisory Commission on Asian Americans and Pacific Islanders in 2014. David Shapira, CEO of supermarket company Giant Eagle, was nominated for governor of USPS by Obama in 2014, but the nomination was blocked by Congress.

In the emails leaked by WikiLeaks, Kaplan wrote “this is the last call for boards and commissions; if you have someone, send to Comer – full name, city, state, email and phone number.”

“Send as many as you want, just don’t know how many people will get to,” Kaplan wrote in an email sent April 20 to what appears to be the DNC’s finance department.

Comer clarified in a later email, “Any folks who you’d like to be considered to be on the board of (for example) USPS, NEA, NEH. Basically anyone who has a niche interest and might like to serve on the board of one of these orgs.”

These emails suggest that DNC finance staffers – the DNC’s fundraising staff, in other words – could suggest people they felt should be rewarded with federal appointments.

Responding to another question, Comer wrote “I should say, though, that the likelihood of landing a spot on ones as prestigious as NEA/USPS is unlikely. It’s much more likely they’ll get something like ‘President’s Commission on the Celebration of Women in American History.’ (no shade to women).” In that same email, sent on April 21, Comer also said “when you submit your names, we don’t need specific designations.”

Comer’s statements imply that the DNC could neither guarantee any specific position nor ensure that a person suggested would receive an appointment at all from the Obama administration.

Reached at her office in the White House, Moose said she was not authorized to comment. OpenSecrets Blog did manage to contact Kaplan, but he hung up after realizing it was a reporter. Comer directed our request for comment to a political consultant, who forwarded it to the DNC, which did not respond by press time.

The list was first reported on by the Daily Caller, a conservative news organization. The Caller article implied that the documents and emails showed Clinton traded appointments for donations. But the publication did not note the direct coordination with the Obama administration shown in the emails.

Written by Alec Goodwin from Open Secrets and submitted to LawNewz.com. Open Secrets is a non-partisan nonprofit organization which tracks money in U.S. politics.