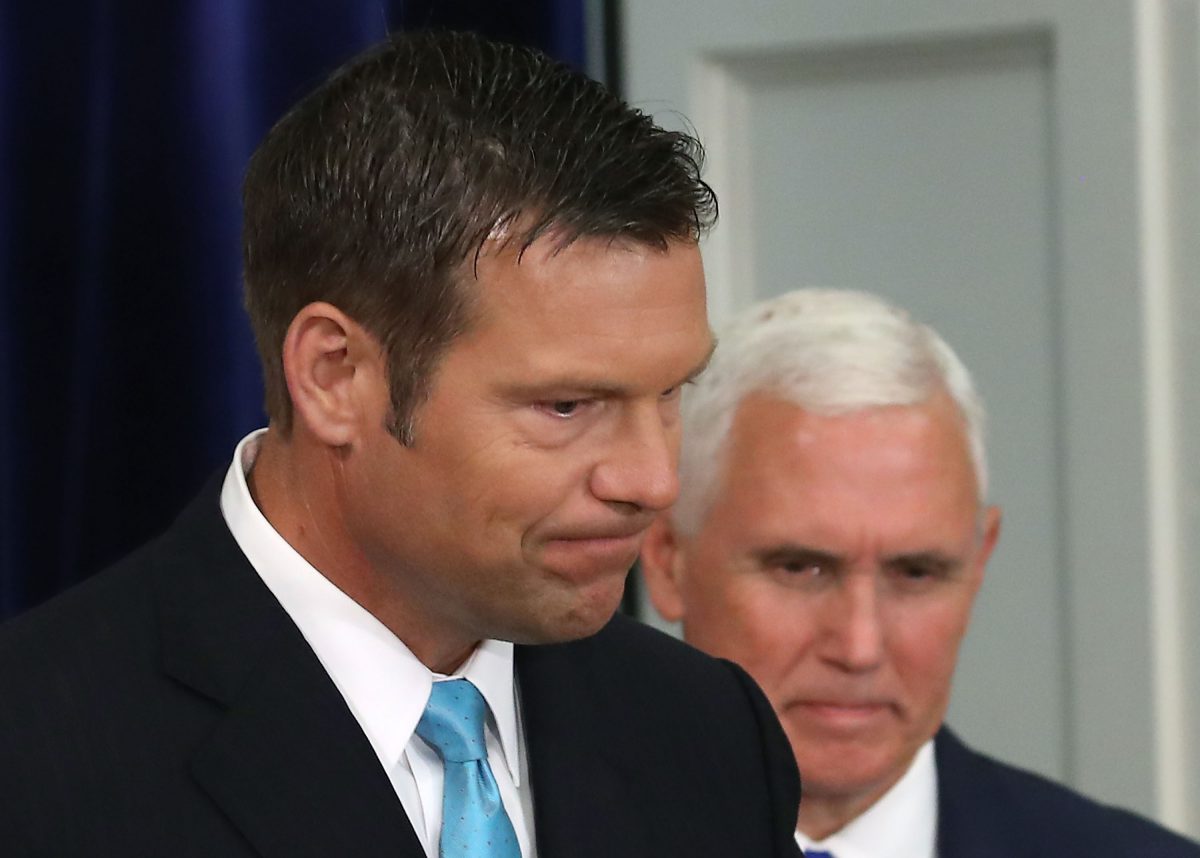 Kansas Secretary of State Kris Kobach is in the middle of a legal battle over a state voter registration law requiring proof of citizenship. Rather than let the state’s Attorney General handle the heavy lifting, however, Kobach is opting to represent himself, along with a team of other attorneys in his office. Suffice to say, they’re having a rough go of it.

As it turns out, Kobach and crew aren’t exactly well-versed in the ways of civil procedure, and Judge Julie Robinson has been holding their hands and walking them through it — whether she wants to or not. Before the trial even started, Robinson had to tell Kobach that he broke the rules by waiting too long to let the other side know about certain evidence he planned to present. After he tried to sneak it in the night before opening statements instead of 24 hours in advance like he was supposed to, the defense, represented by the ACLU, complained. The judge had to tell Kobach why this was a problem.

“The whole point of that is so everyone knows what they’re working with,” she said.

Once the trial was underway, thing didn’t get much better. The first day, one of Kobach’s team members was cross-examining a witness and tried to use evidence without going through the necessary process of laying a foundation for why it should be admitted.

The next day brought similar issues, with other people on Team Kobach failing to properly question witnesses.