No, Mr. Trump, You Didn’t ‘Win’ An Arbitration Against Stormy Daniels 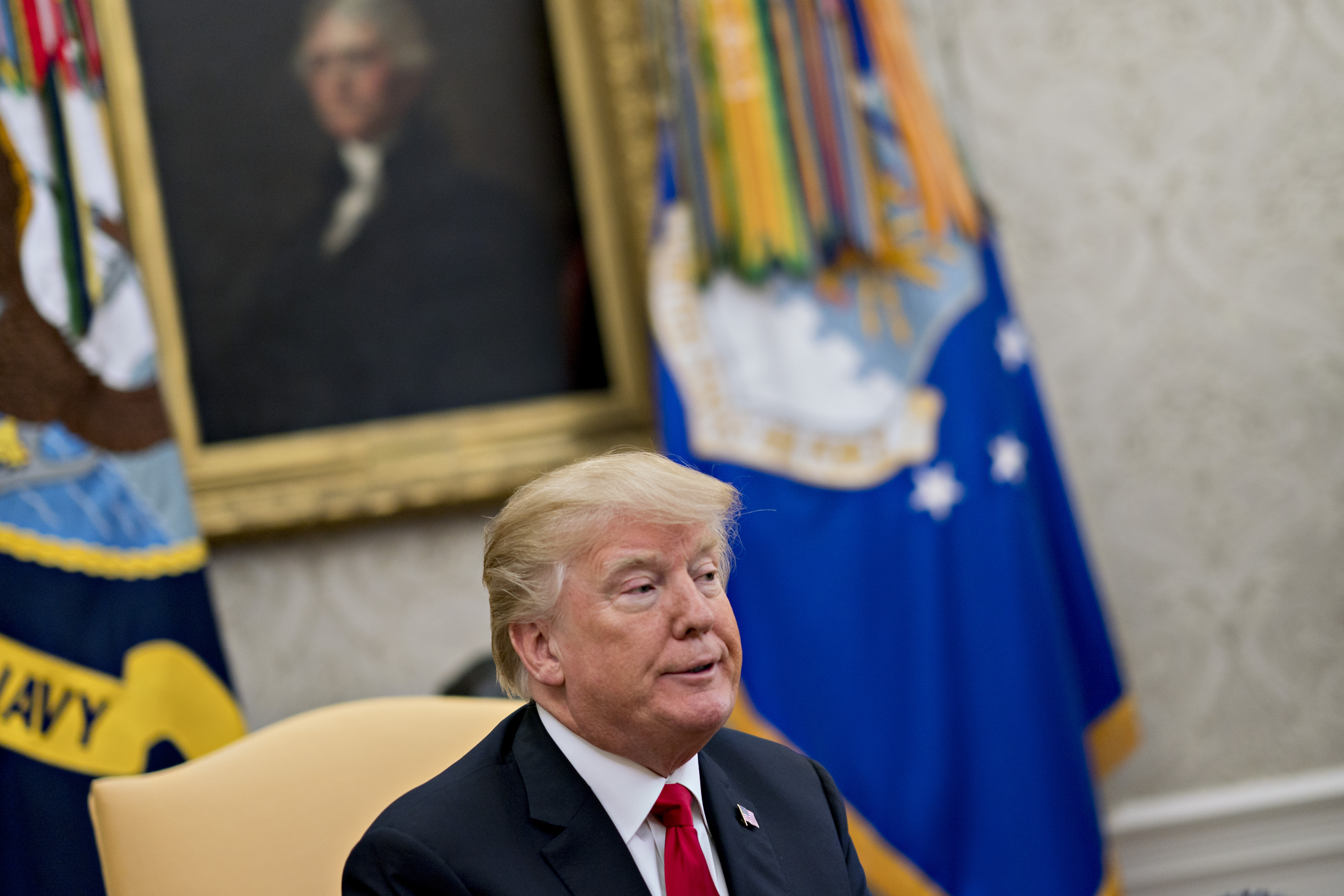 That’s an interesting story. Except Trump didn’t win anything. Like, at all.

Well, as for Sanders’ first sentence: read on. As for her second sentence: I probably wouldn’t do that because the president’s outside counsel might be losing his law license sooner than later.

Law&Crime already covered this aspect of the alleged Trump victory over Daniels in a previous report by legal analyst Aaron Keller. Since that report was issued, however, new details have come to light about the alleged arbitration victory for the president–and those details only make it worse for Team Trump.

According to a Wednesday report by NBC, Trump’s attorney Michael Cohen is “trying to silence” Daniels from saying anything about Trump’s alleged high-priced adultery by way of private arbitration proceedings.

Daniels’ lawsuit makes note of this tactic by referencing a “bogus arbitration proceeding” initiated against her by Cohen in Los Angeles on February 27.

This order purports to bar Daniels from disclosing “confidential information” related to the non-disclosure agreement (“NDA”) she signed in October 2016 with Cohen on behalf of then-candidate Donald Trump.

Let’s sort through this with something approaching efficiency and effectiveness because none of the president’s allies are apparently capable of either.

In fact, there’s really only two points that need to be addressed here: (1) the arbitration win is nothing of the sort; and (2) the underlying arbitration proceedings are, in academic terms, suspect and sketchy AF.

First of all, let’s explore a basic concept familiar to observers of time, space and law.

Obtaining a temporary restraining order from a private arbitrator is not the same as winning the arbitration.

Now, Sarah Huckabee Sanders did apply for—and currently holds—a position in the White House with the sole qualification being, “Perpetually full of shit,” but even she should be able to grasp this fact.

But let’s go extra slow for her: a temporary restraining order is temporary; T-E-M-P-O-R-A-R-Y.

Often in law, the names of things are couched in dense legalese intended to keep politicians and attorneys one step ahead of those without three-year degrees from elite institutions of learning. Here, not so much. As the name suggests, a “temporary restraining order” is a stop-gap measure intended to eventually expire. It is not something that necessarily augurs well for one party or another and it’s certainly not a victory.

In her lawsuit filed Tuesday, Daniels refers to those arbitration proceedings as having occurred  “surreptitiously,” that is, without Daniels’ knowledge. The suit notes that Cohen “did so without even providing [Daniels] with notice of the proceeding and basic due process.”

The Daniels lawsuit continued: “Put simply, considerable steps have been taken by Mr. Cohen in the last week to silence [Daniels] through the use of an improper and procedurally defective arbitration proceeding hidden from public view.”

If this description of Cohen’s actions is correct then the temporary restraining order could indeed be procedurally defective, as Daniels claims. The NDA language does permit “interim measures” as well as “temporary, preliminary and permanent injunctive relief,” however, so this could be a problem for Daniels.

Notice the weasel word used, though: it could. It almost certainly won’t be a problem because the NDA itself is potentially inoperative across the board.

Daniels also provides a copy of the original NDA intended to encompass her various alleged vanilla sex romps with Trump. On page 20 of Daniels’ complaint, the NDA references two private, third-party alternative dispute resolution organizations which Daniels and Trump were supposed to use in order to settle “all disputes which may arise between them.”

The two companies mentioned are JAMS and Action Dispute Resolution Services (“ADRS”). From the temporary restraining order, it appears Cohen went with ADRS.

But here’s the rub: the entire basis of Daniels’ lawsuit against Trump relies on the allegation that Trump never signed the NDA in the first place, thus rendering it legally worthless.

In other words, since no part of the NDA likely took effect, the alternative dispute resolution language was probably just as meaningless as any and every criticism Trump ever tweeted at Obama before doing exactly what he accused Obama of doing.

In other other words: Trump didn’t win because he never even played the game. Sad!!