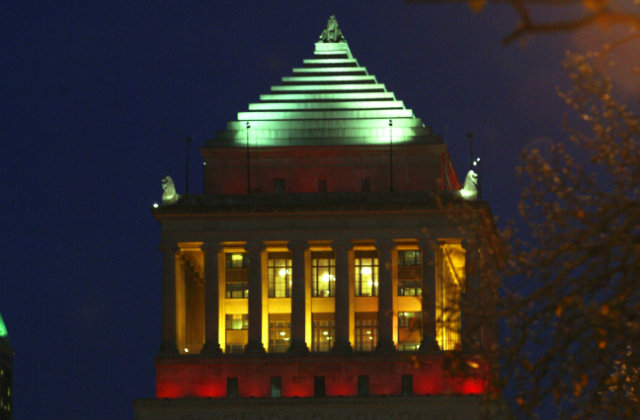 Imagine being a teenager getting a 241-year prison sentence. That’s what happened to Missouri man Bobby Bostic in 1997, found guilty for armed robberies committed at age 16. Two victims were men carrying Christmas donations. Authorities said Bostic and 18-year-old Donald Hutson held them up at gunpoint. The victims were shot at (only grazed) and they handed over their money. Another victim, a woman, was kidnapped at gunpoint, groped, and robbed. St. Louis Circuit Court Judge Evelyn Baker, normally accused of being soft on offenders, was incensed by Bostic’s apparent lack of remorse, and followed the prosecution’s recommended sentence: for Bostic to serve time for 18 charges consecutively. After all these years, however, the now-retired judge told The Intercept that she’d do things differently.

“I hope he gets out,” she said in a profile about the case. “I hope he’s learned something. I hope he has a chance to live in the real world, continue with his education, have a family, get a job, have a mortgage. Have a chance to have a life. He’s grown up in prison.”

Bostic seemed to have changed since 1997. A productive writer, he’s written poetry, a book about his family, and has had his work published. Supporters even provided clemency letters on his behalf. These people include his business professor from Missouri State University, and a vice president at a bank.

What also changed things was the 2010 U.S. Supreme Court case Graham v. Florida. Justices ruled that it violated the Eighth Amendment to sentence juvenile offenders to life without parole for non-homicide crimes. The majority opinion relied in part on scientific evidence about the brain.

From the opinion [citations removed]:

As petitioner’s amici point out, developments in psychology and brain science continue to show fundamental differences between juvenile and adult minds. For example, parts of the brain involved in behavior control continue to mature through late adolescence. … Juveniles are more capable of change than are adults, and their actions are less likely to be evidence of “irretrievably depraved character” than are the actions of adults. … It remains true that “[f]rom a moral standpoint it would be misguided to equate the failings of a minor with those of an adult, for a greater possibility exists that a minor’s character deficiencies will be reformed.”

Baker, who retired in 2008, said this information wasn’t available to her when she sentenced Bostic. A teen was seen as a “mini-adult,” she said. Asked if she would’ve handled the case differently based on what she knows now, she said “of course I would have.”

Bostic’s sentence isn’t life. At face value, that makes it technically different from the circumstance analyzed in Graham, but, now 39, he is only up for parole when he turns 112, according to The Intercept. That makes his situation essentially applicable, his attorneys with the American Civil Liberties Union argue. They asked the U.S. Supreme Court to hear the case.

Even back in the 1990s, Bostic’s sentence was completely out-of-character for Baker, who was criticized for giving light sentences. The first black female judge appointed to the circuit court, she said she faced discrimination, and saw it in the courtroom, too.

“Many times I could have gone on the bench with a blindfold and, based upon the states’ recommendation, I could tell you the race and gender of the defendant,” she told the outlet.

Co-defendant Hutson took a plea deal in the case, and is serving a 30-year prison sentence, eligible for parole this year.