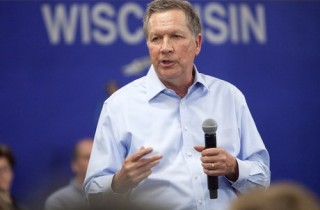 Ohio Governor and former GOP Presidential hopeful John Kasich signed a bill on Wednesday legalizing medical marijuana use in his state, Cincinnati.com reported. The new law only permits marijuana use for people with certain physical conditions, and only allows certain forms of use.

Smoking marijuana will still be illegal under the law. Permitted options include edibles, oils, and vaporizers. Patients who will be able to use it include those with AIDS, epilepsy, Crohn’s, cancer, Alzheimer’s, Parkinson’s, and other conditions, as long as they have a doctor’s recommendation.

Ohioans will be permitted to bring marijuana in from other states as early as September 6, but the state still needs to set up their own system of growing the substance. It is expected that legal in-state purchases won’t be available until 2017 or even 2018, at which point it will no longer be legal to bring it in from out of state.