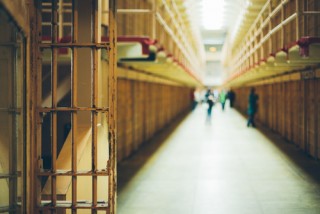 Female inmates at New York’s Riker’s Island Correctional Facility are suing a health clinic worker who they claim traded favors for sex, according to a lawsuit filed in federal court. Because inmates are legally unable to consent to sex with those who have control over them in jail, physician’s assistant Sidney Wilson is being accused of rape.

Three women, identified as “K.A.,” “S.A.,” and “L.R.,” are suing Wilson, the City of New York, and Wilson’s employer, Corizon Health Care, on behalf of themselves and 25 other potential victims. They allege that they “were repeatedly raped, sexually assaulted and abused, and forced to undergo unnecessary internal pelvic examinations” by Wilson while they were incarcerated spanning periods between 2013 and 2015.

Wilson allegedly told each of the women that they were special to him and that he loved them, and that he would continue to be with them after their release, without the other women knowing they were all being told the same thing. The lawsuit says that he gave them favors, including providing them with Popeye’s chicken, cigarettes, candy, gum, headphones, and payments that he made to them through his family members. The complaint also states that Wilson coached K.A. on what to say to a neurologist to get prescription drugs that she could then sell or trade with fellow inmates.

According to court documents, K.A. told corrections officers that a physician’s assistant was abusing her, without mentioning Wilson’s name, because he threatened her so she wouldn’t “betray” him. The lawsuit says that one officer told K.A. that trading sex for contraband was a fair exchange. Allegedly, none of the officers K.A. spoke to about the abuse reported it to their supervisors.

Court records do not indicate if Wilson has retained an attorney yet. A report in The Intercept from September said that Wilson denied the allegations, saying, “I do not do any kind of exam — especially pelvic exam where I have to touch them in the private part — without a female chaperone there.” He speculated that the accusations could have been retaliation for him not prescribing them drugs.

The same report included a statement from a Corizon spokesperson, who said, “It goes without saying that substantiated cases of sexual assault and abuse of inmates are inexcusable and punishable by termination and reporting to law enforcement.” According to The Intercept, as of September 2015, Wilson was still employed by Corizon, but not working with patients.