Jail Inmates Had Help: 5 Others Arrested, Escapees Still on The Run 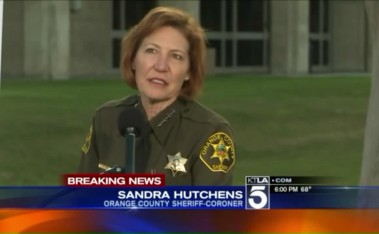 Sheriff Hutchens told reporters at a Wednesday evening press conference that the five people taken into custody yesterday are part of a larger of group outside the prison who investigators believe helped the three inmates escape.

Hutchens revealed that at least some of the five arrestees are suspected gang members, but declined to disclose further details out of fear of compromising an ongoing investigation into the larger group that is expected to lead to additional arrests over the next few days.

She also said investigators have not ruled out the possibility that the escapees also received help from people on the inside.

The three fugitives –Hossein Nayeri, Jonathan Tieu and Bac Duong— are thought to be armed and dangerous and have been on the run since last Friday, after making brazen escape from the Santa Ana, CA facility.  Investigators said they have been no reported sightings of the men as of Wednesday night, but remain hopeful that someone will come forward now that the reward for information leading to the capture of the escapees has increased to $200,000.