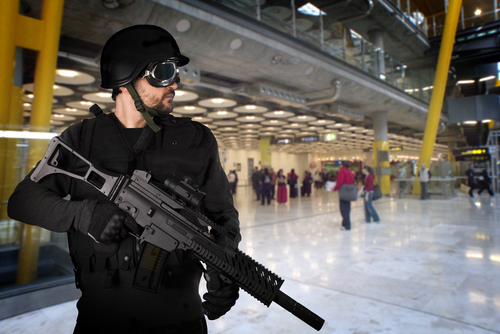 Bill Stanton is a retired New York police officer, and nationally recognized safety and security expert. He is author of The Anti Terror Checklist.

As we mourn the immense loss of life for the citizens of Belgium, we immediately thinks of our own personal safety — the safety of our children, family and friends. We think about what would happen if this happened to us.

We hear from elected officials and talking heads like myself that we must all be “vigilant,” and “see something and say something.” Unfortunately, after a short period of time, after nothing happens, malaise sinks in. Not only among the average citizens but also with many of the people charged to protect us including our political class.

Last night, as I traveled from LAX to JFK, I marveled at the lack of situational awareness by the overwhelming majority of travel goers. People were buried in their smartphones, tablets and iPads. They were totally unaware of their collective surroundings. They stood around like herds of sheep, blindly waiting to be told what to do or potentially slaughtered by evil predators. If you think that we’re being protected by the TSA, think again. Recent RED TEAM (penetration test)  exercises of airport security screening for weapons and explosives yielded an unbelievable 95% failure rate!

I attribute this to across the board lack of recruitment,training and supervision. In my opinion, much of the so-called security we see is all window dressing. After 9/11, the National Guard that we saw at airports, and trains — didn’t even have ammo in their weapons.

With wide open boarders, recruitment through the Internet and self-radicalization, radical Islamic terrorism is like metastasized cancer — fast spreading. Political Correctness? Only accelerating is only progress. The way to remedy this? Not by creating a Police State. It’s about being prepared not paranoid .

As the NSA, DOJ, CIA, FBI and countless other alphabetic government agencies work at protecting us, they can only do so much.  It’s incumbent we protect ourselves. We do this with situational awareness and strategic thinking. Good habits are hard to break just like bad ones. You must  start implementation of this mindset.

Here are some good first steps: