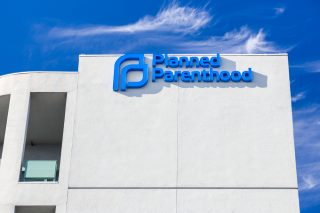 Republican Congresswoman Marsha Blackburn on Wednesday released over a dozen criminal regulatory referrals the informally named House Select Panel on Infant Lives has sent to federal state and local authorities during its more than year-long investigation.

The Panel claims to have uncovered evidence of potential violations of 42 U.S.C. § 289g-2, the federal statute prohibiting the sale of fetal tissue, by abortion clinics and companies acting as“middlemen” to procure fetal tissue for sale.

Additionally, the Panel accuses StemExpress of possibly violating 18 U.S.C. § 1519 by destroying documents potentially pertinent to the congressional inquiry.  In a statement obtained by LawNewz.com, it was revealed that the StemExpress matter has been referred to the Department of Justice for a possible investigation.

Speaking as a woman, I am deeply troubled by what we have learned about the mistreatment of patients at a particularly difficult and vulnerable time in their lives. They are being treated with a disregard for their best interests and their rights as patients  Women deserve better than this. They deserve better than to face any level of deception or pressure. We have seen instances in which profit-driven procurement businesses acting in conjunction with clinics violate women’s privacy rights under HIPAA. We have seen consent forms misrepresenting to women that cures for still uncured diseases have resulted from fetal tissue. It is disturbing to see so many cases where there is barely the pretense of consent or no consent at all before the remains of a baby are taken by researchers.

In addition to allegations of fetal tissue sale and destruction of evidence, Blackburn’s Panel also claims to have uncovered potential HIPPA violations (health privacy rights violations) and other federal regulations, all (according to the Panel) in the name of making the most possible money off “harvesting of fetal tissue.”

However, Democratic members of the Panel have been highly critical of Ms. Blackburn’s leadership in the past.  Earlier this month, Democrats released their own report and said the Republican led effort a was full of “repeated false rhetoric” and claimed the “investigation has found no evidence of wrongdoing by researchers, health care providers, clinics, or companies who help facilitate life-saving research.”