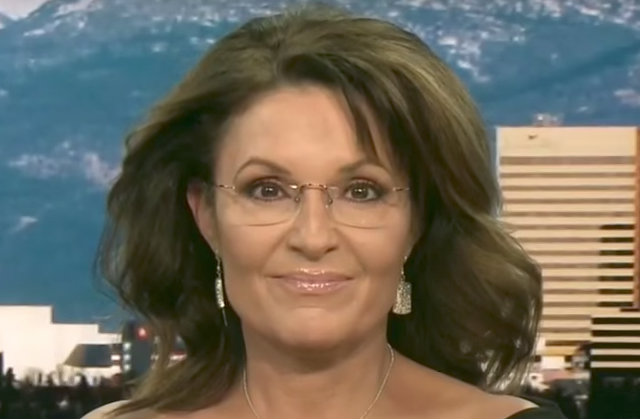 Did The New York Times commit libel in an op-ed linking former Alaska Gov. Sarah Palin to a 2011 mass shooting? No, because it was a just a botch, claims their lawyer.

“There was an honest mistake in posting the editorial,” attorney David Schultz said at a Manhattan federal court on Friday, according to The New York Post.

Palin, a former GOP nominee for vice president, sued the Gray Lady, saying the outlet libeled her in a June 14 op-ed from The Editorial Board. In the offending excerpt, they said there was a “clear” link between speech by Palin’s PAC, and the actions of mass shooter Jared Lee Loughner, who killed six, and injured Democratic Rep. Gabby Giffords and others.

The Times acknowledged the mistake, and issued several corrections. The most recent version states:

An editorial on Thursday about the shooting of Representative Steve Scalise incorrectly stated that a link existed between political rhetoric and the 2011 shooting of Representative Gabby Giffords. In fact, no such link was established. The editorial also incorrectly described a map distributed by a political action committee before that shooting. It depicted electoral districts, not individual Democratic lawmakers, beneath stylized cross hairs.

The Times’ “honest mistake” defense is actually viable, generally speaking. Under First Amendment case law, Palin and her attorneys have to prove that it was 1) false and 2) said with actual malice. “Actual malice” means that the defamatory statement must be made with knowledge of falsity or with reckless disregard of its veracity.

Nonetheless, Palin’s lawyers tried to shoot down the Times’ argument in court on Friday. They claimed the outlet already knew the mass shooting claim was false.

“It was literally acknowledged the same day in another story in their paper,” said attorney Kenneth Turkel. This is a reference to a June 14 article. Here is how Palin’s attorneys put it in their lawsuit [emphasis belongs to the plaintiff]:

For example, on June 14, 2017, The Times published the article “Shooting Is Latest Eruption in a Grim Ritual of Rage and Blame” (attached as Exhibit 6), which recognized:

In 2011, the shooting of Mr. Giffords by a mentally ill assailant came during a convulsive political period, when a bitter debate over health care yielded a wave of threats against lawmakers. Sarah Palin, the former vice-presidential candidate, drew sharp criticism for having posted a graphic online that showed cross hairs over the districts of several members of Congress; including Ms. Giffords – though no connection to the crime was established.