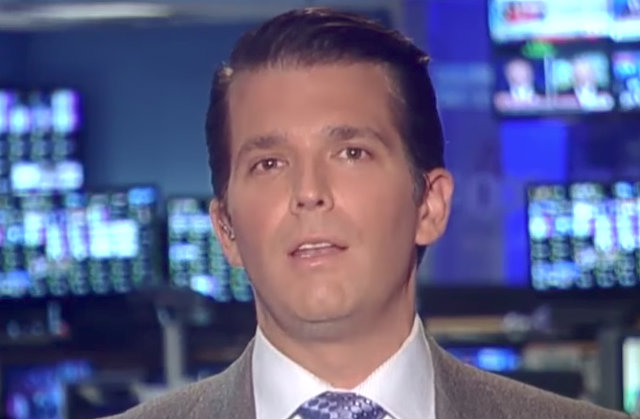 Donald Trump Jr., the oldest son of President Donald Trump, talked to a Russian lawyer after being promised dirt on Hillary Clinton, The New York Times reports. Sources were three advisers to the White House and two other people who knew about the meeting, the outlet said.

This meeting, at Manhattan’s Trump Tower on June 9, 2016 was first reported Saturday by the Times on Saturday, but this new article lays out the motivation.

Accounts of the meeting represent the first public indication that at least some in the Trump campaign were willing to accept Russian help.

The Times got a statement from Trump Jr. He claimed he participated because an acquaintance asked him. Kushner and Manafort came at his request, but he didn’t tell them what this was all about, he said.

“After pleasantries were exchanged, the woman stated that she had information that individuals connected to Russia were funding the Democratic National Committee and supporting Ms. Clinton,” he wrote. “Her statements were vague, ambiguous and made no sense. No details or supporting information was provided or even offered. It quickly became clear that she had no meaningful information.”

Trump Jr. said that she turned the conversation over toward a U.S. law that penalized Russian officials over an attorney’s death.

“It became clear to me that this was the true agenda all along and that the claims of potentially helpful information were a pretext for the meeting.” he said.

The Times’ sources said that the lawyer, Natalia Veselnitskaya, was expected to hand over damaging information about Clinton, who was then running for president. It was unclear if this was handed over.

Spokesmen and lawyers for Manafort and Kushner didn’t respond to requests for comment about this new report, the Times said.

U.S. intelligence officials say Russia interfered in the 2016 presidential election to get Donald Trump elected. A special prosecutor and several congressional committees are investigating whether Moscow worked with the campaign to get this done. The president has dismissed the allegations, claiming it is a ploy by Democrats to undermine his victory.