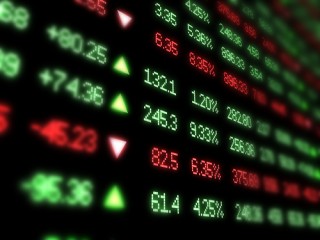 A new report by the Fix the Court blog says that Supreme Court justices recused themselves from 180 cases during the last term, with 176 of those cases being at the certiorari stage, meaning when the Court decides whether to hear a case. The Court did not announce the reasons for the recusals, but by analyzing data compiled from the Supreme Court’s weekly orders lists, the report gives what they believe the reasons to be.

The report indicates that in 31 instances, justices had to recuse themselves because they owned stock in companies involved in cases. Fix the Court, which describes itself on its website as “a national, non-partisan grassroots organization created to take the Supreme Court to task for its lack of accountability and transparency,” said that Justice Alito recused himself 22 times due to stock ownership in the Court’s most recent term, while Justice Breyer recused himself three times and Justice Roberts did the same six times.

The report does not explain where Fix the Court got all of their information, although it does cite Justice Roberts’ financial disclosure report from 2015. Additionally, a linked Bloomberg article supports a claim that while Justice Alito recused himself from a case in October because he owned stock in Johnson Controls Inc., Justice Breyer failed to do the same, even though his wife owned 750 shares of the company at the time. Breyer reportedly was unaware of the conflict when oral arguments were taking place, and his wife sold the shares the next day, after it was brought to their attention.

But regardless of the details of who owns what, this raises an important issue. Should Supreme Court Justices be allowed to hold stock in private companies? The Court has a history of examining activity that could have a significant impact in the aggregate, meaning if many people engaged in the same activity, there would be a notable effect. Using that line of thinking, what would happen if all of the justices owned stock in the same company that was bringing a case before them? Would they have to just refuse to hear it altogether because of the conflict of interest?

When justices recuse themselves for this reason, the Court becomes understaffed due to circumstances that are easily preventable. With one seat already vacant due to Senate Republicans refusing to hold confirmation hearings for a new justice until after November’s election, can the Court afford to be even more short-handed?

That’s not to say that justices shouldn’t be allowed to have investments at all. Fix the Court suggests that they put their money in blind trusts so that they don’t know the specifics of how their money is being invested. This would avoid conflicts while still allowing them to invest, which seems like a fair way to prevent recusals that are easily avoidable.