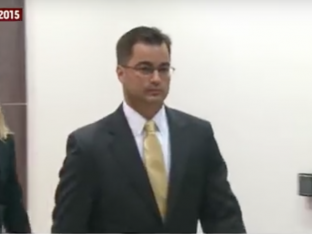 The House Committee on Oversight and Government Reform held a hearing on Tuesday as part of its investigation into Hillary Clinton’s use of a private email server.  The Committee issued a subpoena to several witnesses, including former top Clinton aide Bryan Pagliano, compelling the appearance of those individuals on Capitol Hill.  As LawNewz.com reported earlier, Pagliano ignored the subpoena and failed to appear before the Committee.  Chairman Jason Chaffetz briefly addressed Pagliano’s absence during the hearing on Tuesday, saying there would be consequences for former Clinton aides failure to appear.

So, what are the potential consequences for ignoring a Congressional subpoena?

Every person who having been summoned as a witness by the authority of either House of Congress to give testimony or to produce papers upon any matter under inquiry before … any committee of either House of Congress, willfully makes default … shall be deemed guilty of a misdemeanor, punishable by a fine of not more than $1,000 nor less than $100 and imprisonment in a common jail for not less than one month nor more than twelve months.

As you can see, failing to respond to a Congressional subpoena can lead to some serious consequences.

So, now lets go into further detail about the process that may ultimately lead to the above referenced consequences.

Once the resolution of contempt passes the full House, Congress technically has two options to pick from in deciding how to proceed with the case.

First, the House may instruct its sergeant-at-arms to arrest the individual and bring them before the House presiding officer (usually the Speaker of the House, Paul Ryan).  The individual could be held in the Capitol jail, but this practice has not been used for more than 80-years.

Whenever a witness summoned as mentioned in section 192 of this title fails to appear to testify or fails to produce any books, papers, rec­ords, or documents, as required … and the fact of such failure or failures is reported to either House while Congress is in session or when Congress is not in session, a statement of fact constituting such failure is reported to and filed with … the Speaker of the House, it shall be the duty of the said … Speaker of the House … to certify, and he shall so certify, the statement of facts aforesaid under the seal of … the House … to the appropriate United States attorney, whose duty it shall be to bring the matter before the grand jury for its action.

Despite the apparent mandatory language in the statute (shall), two recent high-profile contempt resolution referral cases essentially show the statute does not operate that way.  As such, Congress has had great difficulty obtaining a contempt conviction in court.

The House voted in 2012 to find then-Attorney General Eric Holder in contempt of Congress and referred the matter to the U.S. Attorney, putting them in the position of having to bring a case against their boss.  After a lengthy legal battle, a federal judge in 2014 declined to find Holder in contempt.  However, the judge also ordered Holder to turn over certain documents at the heart of the contempt proceeding, so both sides arguably got what they ultimately wanted in the end.

In 2014, the House passed a resolution of contempt finding against former IRS official Lois Lerner.  Lerner refused to testify when she was called before a Capitol Hill committee investigating the targeting of groups believed to be affiliated with the Tea Party movement.  In 2015, the U.S. Attorney wrote a letter to then-Speaker of the House John Boehner, stating he would not move forward with a contempt case against Lerner.  In the letter, the U.S. Attorney explained that he did not believe Lerner waived her Fifth Amendment rights by making an opening statement and then otherwise refusing to testify before a Congressional committee.