GOP Reportedly Tries to Intimidate Voters With These Creepy Mailers 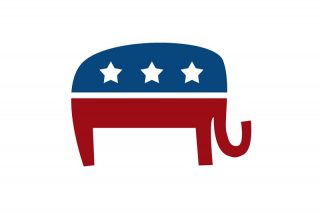 A flyer that has reportedly gone out to voters in Albuquerque, New Mexico had at least one local resident unnerved. The mailer, which was sent out by the Republican Party of New Mexico, says “When the Democrats win the election and you didn’t do your part … your neighbors will know.” A party spokesperson confirmed to The Daily Beast that they sent it, but didn’t give more information. 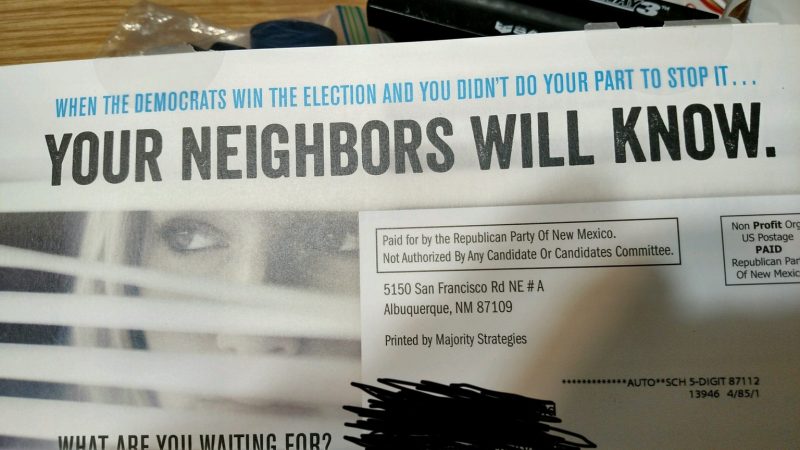 Once recipient of the flyer, Anthony Tennent, told the Beast that he was upset by the ominous notice, which also said, “Do your part in this election,” warning, “After all, voting is a matter of public record.”

This is pretty scary stuff, and also pretty misleading to anyone who might now be concerned that their neighbors will know who they vote for. Don’t worry, this country still uses a secret ballot system, so no one will know if you vote for Donald Trump, Hillary Clinton, or Vermin Supreme. However, whether or not you vote is public record. So, theoretically, if you don’t vote, your neighbors could find out, but if you do vote, they won’t be able to tell who you chose.

Still the Daily Beast‘s Ben Collins wisely pointed out that a flyer like this could violate federal law. According to 18 U.S.C. § 594, if someone “intimidates, threatens, coerces, or attempts to intimidate, threaten, or coerce, any other person for the purpose of interfering with the right of such other person to vote or to vote as he may choose, or of causing such other person to vote for, or not to vote for” a candidate in a federal election, can be found guilty of intimidation of voters, and face up to a year in prison. Threatening people with being outed for not voting for the Republican candidate sure seems to fit the bill.

Tennent isn’t one to cave to the pressure though. In fact, he says, “I wouldn’t vote Republican after seeing that mailer.” Looks like the scare tactics may not be so effective.