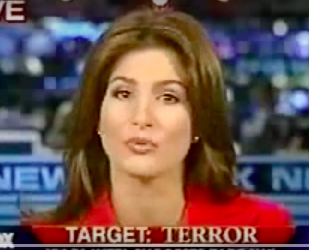 In a lengthy New York Times piece, former Fox News reporter Rudi Bakhtiar admittedly broke her confidentiality clause to talk about the alleged harassment she faced while working at Fox News. After a six month freelance agreement, the network reportedly offered her a full-time gig. But, she says, things quickly went south when she rebuffed the sexual advances of Fox News employee Brian Wilson.

The Times described one of the encounters like this:

“You know how I feel about you?” When she asked him what he meant, he said, “Well, I’d like to see the inside of your hotel room,” adding that he wanted a friends-with-benefits relationship.
She politely rebuffed him, she said, apologizing for giving him any wrong impression. After that rejection, she felt caught in a whirlwind in which, she said, network executives canceled her Washington appearances, directed her to report her allegations to human resources and, a few weeks later, let her go, with the Fox News chairman, Roger Ailes, telling her that her tenure was ending because of her performance.

“I take strong exception to the facts of the story as you have relayed it to me, period. Beyond that, I will have no further comment,” Wilson told The Times when contacted about Bakhtiar’s allegations.

Bakhtiar settled with Fox News in private negotiations, and had agreed to keep her experience confidential. However, she spoke out to The Times this week after seeing other women come forward with similar stories of sexual harassment, including from Ailes. Bakhtiar acknowledged that she could be sued for speaking out. Fox News even contacted her attorney after hearing that she had spoken with reporters to notify him that she was in breach of contract.

“What are they going to do? Come after me for money? Garnish my wages? It’ll make a bigger story out of it,” Bakhtiar told the newspaper.

In the story, The Times also reported that Ailes “was also accused by employees of kissing and intimate physical contact.”

The allegations came to light after former Fox News news anchor Gretchen Carlson filed a sexual harassment lawsuit against Ailes several weeks ago. He’s denied the allegations, but was forced to resign last week, amidst an internal investigation.