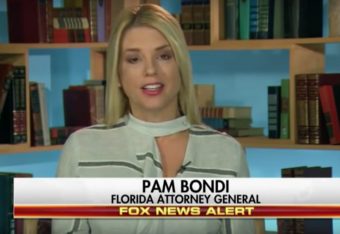 President-elect Donald Trump announced his official transition team on Friday afternoon and one name in particular is already receiving some extra attention.

Oh look, it’s the attorney general who chose to not investigate Trump’s sham university. What a coincidence. https://t.co/LipsAhE1Un

The decision to include Florida Attorney General Pam Bondi on the transition team is likely to get a lot of attention in coming days.  Trump critics previously filed a complaint that accused her campaign super PAC of accepting a donation from Trump Foundation shortly before she decided not to pursue legal action against Trump University.

The complaint suggests “this contribution was made by Trump to Bondi in return for the Florida Attorney General’s office not pursuing a case against Trump University, and therefore that it is prime example of public corruption.”

Both Trump and Bondi have strongly denied the allegations.