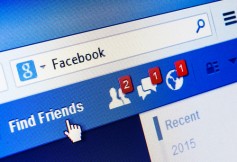 Facebook and Facebook-owned Instagram made a rare decision late Friday by banning private guns sales on their websites. While the social networking sites never explicitly promoted gun sales, they have become a forum for gun owners to negotiate purchases.

Facebook released this statement to the New York Times:

“Over the last two years, more and more people have been using Facebook to discover products and to buy and sell things to one another. We are continuing to develop, test, and launch new products to make this experience even better for people are are updating our regulated policies to reflect this revolution.”

The ban applies to private, person-to-person sales of guns, though not to posts by licensed dealers, according to the Gray Lady. This comes as President Obama, and several other politicians have called for the company to restrict the sales on their website where buyers are able to avoid background checks.

Facebook recently clarified its policies regarding “banned items.” For example, the company banned beheading videos and in December they blocked a Russian page from promoting an anti-government protest.