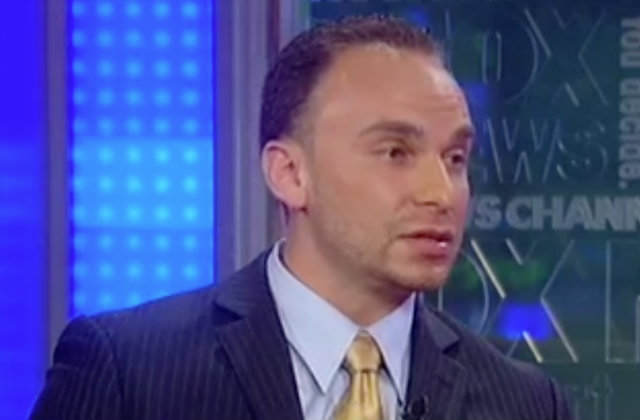 He was used as a “scapegoat,” fired to give cover to 21st Century Fox’s acquisition of Sky network, according to the complaint obtained by Variety.

The New York Times first reported in March that Holder settled with Fox for $2.5 million over a sexual assault claim. Cortes tried to physically force her to perform oral sex when they were alone at his office in February 2015, she said. (Disclosure: Holder has served as a guest and guest host on the LawNewz Network.)

“Yes, I was sexually assaulted,” she told the Times in an emailed statement in March. “Immediately after I told the company where I worked about the incident, it promptly investigated the matter and took action, which I appreciate.”

She and Fox issued a joint statement.

“Immediately after Ms. Holder notified Fox News of the alleged incident, the company promptly investigated the matter and took decisive action, for which Ms. Holder thanks the network,” the statement said. “Fox News is grateful to Ms. Holder for her many contributions during her tenure at the network and wishes her continued success.”

Cortes’ lawsuit, filed at a New York federal court, contends that he had a consensual relationship with Holder, and he could back that claim up with “emails, text messages, with photos, and other supporting documentation.” The joint statement violated a mutual non-disparagement provision. The lawsuit claimed that two unnamed people were part of the settlement.

“These two UNKNOWN PERSONS, it must be assumed, were, unlike Mr. Cortes, not Latino, not financially insignificant to FOX, and not without some utility to Tamara Holder’s career if she would only agree to continue to protect them and shield their reputations from the damage necessarily incurred by accusations of sexual harassment,” the complaint said.

“The allegations in this lawsuit are frivolous and without merit,” Fox News said Tuesday evening in a statement obtained by LawNewz.com.

Holder also stood by her claims, reiterating what she told the Times.

“I was sexually assaulted,” she said Tuesday evening in a statement obtained by LawNewz.com. “Immediately after I told the company where I worked about the incident, it promptly investigated the matter and took action, which I appreciate.”

As reported in that March NYT article, as part of her settlement, she cannot discuss the claims outside of this statement or the joint statement.

Fox News has been slammed with numerous sexual harassment claims over the years including from former anchor Gretchen Carlson who settled a lawsuit after claiming former CEO Roger Ailes harassed her. Bill O’Reilly earlier this year after it was revealed that he and the company settled with multiple women who say he harassed them. Ailes and O’Reilly denied the allegations. The 21st Century Fox/Sky merger, which has been valued at $15 billion, is still pending and highly contested.

[Screengrab of Cortes at a 2012 FOXlight interview via Fox News]