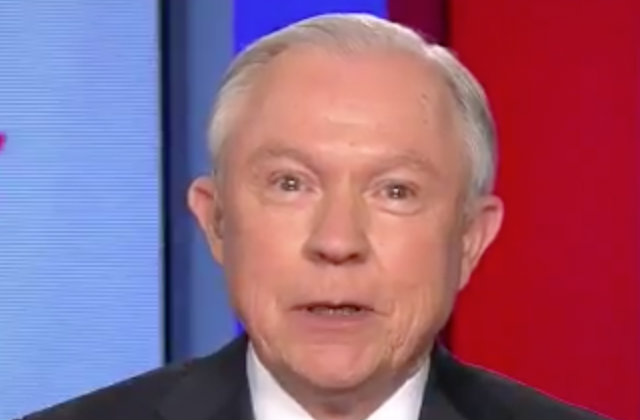 The latest objects to fall from the sky during President Donald Trump’s sustained gale-force Twittercane against Attorney General Jeff Sessions include the following:

A new INTELLIGENCE LEAK from the Amazon Washington Post,this time against A.G. Jeff Sessions.These illegal leaks, like Comey’s, must stop!

Of course, there was a lot more, as we pointed out here.

Trump also told the New York Times that he would not have picked Sessions had he known Sessions would step aside in the Russia investigation, as Erin Mulvaney points out in the National Law Journal.

Mulvaney notes that Trump’s multiple sessions of Sessions-bashing could lead to “harassment, hostile workplace, defamation or invasion of privacy claims” if they occurred between an employer an a subordinate in the corporate world. “Sharing a performance review or bullying” would be ripe grounds for a lawsuit, she argues.

Constructive discharge claims might also be able to stick in some situations. That’s when an employer makes an employee’s life so miserable that the employee has few other avenues of recourse but to quit.

It turns out both employers and the federal Equal Opportunity Employment Commission are looking more and more at where workplace liability attaches to social media.

And, even if it’s somehow or in some jurisdiction legal to somehow trash a subordinate’s performance online, it’s not good business practice, Mulvaney’s experts point out.

Since Trump and Sessions do not live in the corporate world, however, it’s not likely we’ll see the A.G. try to sue Trump over what is turning into a seemingly sustained attack against Sessions.