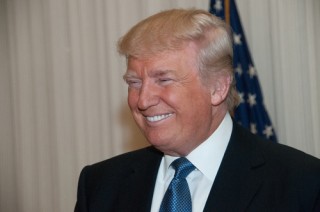 A U.S. federal court decision that came down this week hasn’t gotten much press, but it should. In an error-filled Facebook statement, Donald Trump claimed it was a win for his campaign saying, “Anti-Trump Effort Dealt Crippling Blow.”  I disagree. In fact, I think this decision boosts the anti-Trump movement and gives more power to the RNC delegates to make decisions next week. I will admit, Trump’s Facebook post puts a good spin on the facts, but, unfortunately, he is peddling some fabrications here.

Here’s what happened. On Monday, a federal judge in the Eastern District of Virginia struck down a state law that penalizes delegates who refuse to vote for Trump. The plaintiff, Virginia Republican delegate Carroll Boston “Beau” Correll Jr., took a vow never to vote for Donald Trump, swearing under oath that he believes Trump “is unfit to serve as President of the United States.” Correll feared that he would be prosecuted and thrown in jail under provisions of Virginia law, Section 545(D), which require delegates to vote on a winner take all basis. Trump won more votes in Virginia than any of his challengers.  Correll won his case, and Judge Robert Payne “enjoined” or stopped the Virginia law from being enforced.

Here’s why this is important:  The judge found that Republican National Party rules reign supreme over Virginia’s law.  The bottom line is that the judge found the state has no constitutionally protected role in picking who will be nominated for President or Vice President. And as proof, Judge Payne cited two very convincing U.S. Supreme Court decisions. Here’s a good summary of what he found:

“It is equally well-settled that political party has a First Amendment right to limit its membership as it wishes, and to choose a candidate-selection process that will in its view produce the nominee who best represents its political platform [citations omitted]”

So what does that mean? At the moment, it means that Republican National Convention Rule 16 remains in effect. That rule requires that state presidential primaries that occur before March 15, 2016 “provide for the allocation of delegates on a proportional basis.” Since Trump won the March 1 Virginia primary with under 35 percent of the vote, only 17 delegates are bound to vote for Trump on the first round of balloting instead of all 49 delegates (as the original VA law required).

Why does this matter? As RNC rules expert Josh Putnam told me, there are about 20 other states that have laws on the books that are similar to Virginia’s. Obviously, this decision only applies to Virginia — but it is a clear indication that if challenged, many other states’ laws would likely fall on constitutional grounds.

Now, let’s turn to the #NeverTrump movement. They are apparently still plotting a Convention surprise. You might be saying, well, if Rule 16 says they are still bound, then how does this help the #NeverTrump movement? As we’ve reported on several occasions, all of the rules can essentially be thrown out the window once the delegates get to the Convention floor. And, based on this court’s decision, Trump would likely not be able rely on state law to back him up if this happens. If laws are challenged on a state by state basis, the Supreme Court would probably come out on the side of the Republican National Party. And, as CNN reports, the #Never Trump movement is trying to convince a majority of the Rules Committee to adopt a plan to allow delegates to vote their “conscience,” which would allow them to break from primary results supporting Trump.

“It is a symbolic victory for Trump opponents, because it eliminates a state barrier to conscience voting. But, as the court acknowledged, the decision depends upon what the RNC itself decides to do with its rules, and on that question the court deferred to the RNC,” Professor Rick Hasen told LawNewz.com. Hasen runs a terrific elections blog.

So here’s where Trump’s Facebook statement runs afoul. He claims:

Senior United States District Judge Robert E. Payne today ruled in favor of Trump campaign delegates who had argued – in line with overwhelming public opinion – that RNC delegates must follow election results and that delegates cannot be stolen at the national convention.

That is not what Judge Robert Payne found. He found that Virginia doesn’t have the power to enforce a law binding delegates to a certain candidate. Judge Payne, unequivocally, put that power in the hands of those that make the rules at Republican National Convention. So technically, delegates can still be “stolen” at the Republican National Convention if the delegates vote to change the rules.

Right now, the RNC rules guarantee a Trump win and bind many of the delegates to him. So perhaps, the Court’s decision is just a symbolic win.  But the rules are always subject to change at the convention, and, as we know, in this election — anything is possible.