Doctors Sue Health Dept Over Suspensions for Prescribing Too Much Marijuana 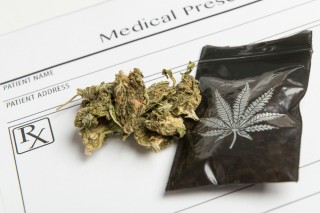 Four doctors are suing after their medical licenses were suspended for allegedly prescribing too much marijuana to patients. Courthouse News reported that doctors Gentry Dunlop,  Robert Maiocco, Deborah Kaye Parr, and William Tyler Stone filed complaints against the Colorado Department of Public Health and Environment saying that there were no limits on the books for how much of the substance doctors can prescribe their patients, and that the Board used a “secret policy” to make their decision.

“The Board relies on an illegal unpublished ‘rule’ that provided it is substandard care per se for physicians to authorize medical marijuana in excess of 75 marijuana plants to patients without cancer,” the doctors said in their complaint. They are the first doctors in the state to be suspended for over-prescribing marijuana plants to patients, the Denver Post reported. They allegedly gave prescriptions to more than 1,500 patients (combined), to have at least 75 plants each. The standard number of plants per patient is six, but that doctors will go above that when necessary, according to the Post.

Denver District Court Judge Ross Buchanan temporarily blocked the suspensions on Friday, but the doctors are still prohibited from recommending marijuana to patients.