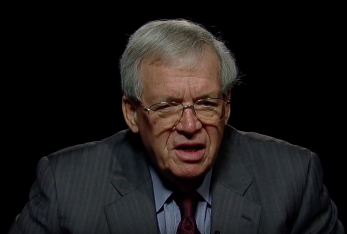 A court filing unsealed on Wednesday in the criminal case against Dennis Hastert shows that lawyers for the former speaker of the house have called into question some of the alleged claims made by the person identified only as “Individual A” who the Chicago Tribune confirmed is the same person Hastert already paid $1.7 million in hush money.

In a previously unsealed court filing, prosecutors said Individual A alleged that he spent the night in a hotel room with Hastert at a wrestling camp and after he complained of a groin pull, Hastert told him to remove his underwear so he could give him a massage.  According to prosecutors, Individual A claimed that he was touched inappropriately during the massage and jumped off the bed.

Hastert’s lawyers tell a different version of events, however.  In the newly released court filing, the lawyers recognize that Hastert “deeply regrets” the incident with Individual A, but they suggest what occurred did not constitute sexual misconduct.

[I]n our view, the incident [with Individual A] — which occurred some forty-plus years ago — remains ambiguous.  It is important to note that, in his April 9, 2015 interview collectively with the FBI, IRS and United States Attorney’s Office, [Individual A] stated that he was ‘not sure if [Dennis] touched [Individual A’s] genitals or brushed his genitals.’ “While undoubtedly many would consider this episode as described by Individual A, consisting as a groin rub for a groin pull and a massage, to be misconduct, we are not so certain that the incident qualifies as sexual misconduct, especially for a coach and trainer 43 years ago….

Later in the same document, Hastert’s lawyers again address Individual A, stating that his attorney sent a threatening letter to Hastert saying she would sue and her client would go public if Hastert did not pay the remaining $1.8 million allegedly owed as part of a $3.5 million agreement Hastert promised to pay Individual A to stay quiet.

According to the Tribune, Individual A is one of the alleged victims scheduled to testify at Hastert’s upcoming sentencing hearing.