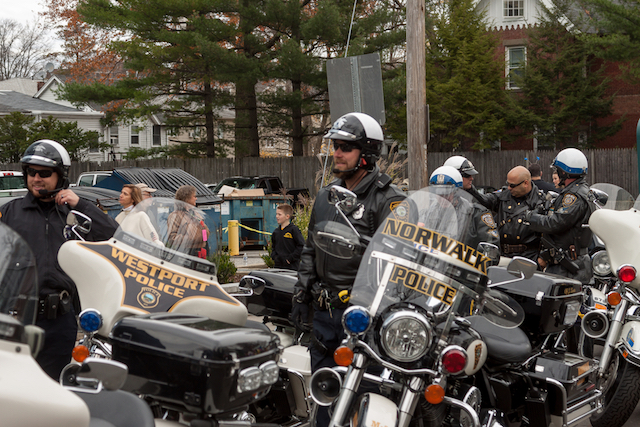 Connecticut’s Democratic governor, Dannel Malloy, told local police and law enforcement that they basically don’t have to abide by federal requests to detain undocumented immigrants. On top of that, he pretty much encouraged them not to cooperate with federal agents all together.

“ICE detainer requests are requests, they are not warrants or orders and this should only be honored as set forth in Connecticut law, unless accompanied by a judicial warrant,” Malloy said in a letter sent to local law enforcement on Wednesday.

Malloy’s letter was sent a day after the Trump administration issued sweeping guidelines that targeted millions of immigrants. Trump’s policy prioritizes immigrants nationwide who have been accused or convicted of a crime, but could theoretically include many more including those arrested for something simple like traffic violations.

Malloy’s letter tells local law enforcement that they should not give ICE agents access to people in local custody for questioning, and should refer any such requests up to command. While the letter contends police should not “impede federal immigration activity,” Connecticut sure doesn’t want to make it easy for the feds to enforce Trump’s executive order.  The letter notes that under federal law, local agents are not required to enforce immigration law, and they are encouraged not to help ICE whatsoever.

“Acting as an arm of ICE may undermine Connecticut’s many efforts to incorporate the principles of community policy in the Police Officers Stands and Training Council’s policies and practices, policies and practices designed to strengthen police and community relations,” the letter reads. It also encourages police not to collect information about a person’s immigration status.

In addition to a letter to local law enforcement, the Connecticut governor also sent a letter to local school districts advising them on what to do if ICE agents turn up at schools. The letter emphasized that the U.S. Supreme Court has given children of undocumented children the right to obtain a public education.

“Above all, we are obligated protect the rights afforded to all our residents and ensure that students attend safe, welcoming schools. The best approach for local communities is to have a plan in place so that everyone in our state, including young students, are supported respectfully and fairly under the laws of our state and our nation,” Malloy said in a statement.

In his executive order, Trump threatened to withhold federal funding to cities which continue to institute “sanctuary city” policies.