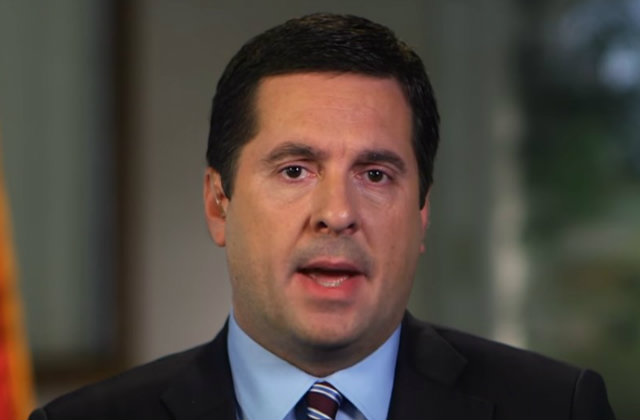 Fusion GPS, the private firm that produced the so-called Trump dossier, filed court paperwork on Monday documenting a series of leaks they claim came from senior Republican members or staffers of the House Intelligence Committee. The committee is investigating the now infamous Trump Dossier, which detailed alleged collusion between the Trump campaign and the Russian government. The Dossier also had plenty of unverified salacious allegations about then-candidate Donald Trump. Last week, the firm behind the dossier asked a federal court to prevent the committee from obtaining their bank records because they fear this would expose their confidential client list.

Attorney Josh Levy, who represents Fusion GPS, filed an affidavit in support of preliminary restraining order against the House Intelligence Committee. In the court paperwork, Levy documented a series of alleged leaks from the Republican majority members and staffers.

Levy says he discovered one leak around October 13, 2017 when Matt Mosk of ABC News emailed him asking whether a “House subpoena” had been served on GPS Fusion’s bank records. The bank had indeed been served with a subpoena, but no one should have known about that.

Another leak happened just last week, when details surrounding the testimony of Fusion GPS co-founder Peter Fritsch and top lieutenant Thomas Catan leaked to the media. The interview was supposed to be part of a closed-door session with the committee. Multiple media outlets, including Fox News, reported that Fritsch and Catan pleaded the Fifth on every question asked by committee members. Levy took particular aim at an op-ed called “Fusion Collusion” written by Kimberley Strassel which appeared in the Wall Street Journal and painted Fusion GPS firm in a very negative light.

“In an effort to criticize the alleged conduct of minority staff at the deposition, Ms. Strassel revealed some of what occurred during the otherwise confidential October 18, 2017, depositions of Messrs. Fritsch and Catan. Neither Mr. Fritsch, Mr. Catan, Ms. Clattenburg, nor I was the source of that information. Any reasonable person reading this column can only conclude that HPSCI majority staff or members leaked this confidential information to Ms. Strassel,” Levy wrote.

The court paperwork also contends that majority members leaked the name of the bank (TD Bank) to The Washington Examiner.

“The only other persons who knew the identity of the bank were committee staff, Mr. Nunes and possibly other committee members,” Levy said.

Lawyers for Fusion GPS went to court to block the committee’s subpoena seeking bank records. They claim the subpoena has a good chance of ruining their business and creating safety concerns for their clients.

Meanwhile, the top House Intelligence lawyer has slammed Fusion GPS for trying to hide its bank records in a 50-page motion filed in court.

Thomas Hungar, an attorney for the House of Representatives, calls GPS Fusion’s actions “wholly the result of the gamesmanship and recalcitrance.” We reached out to the House Committee for comments on the leak allegations, and will update this article if and when we get a response.

[Screengrab of Nunes via Face the Nation]