Cop Who Shot and Killed Tamir Rice Has Been Fired 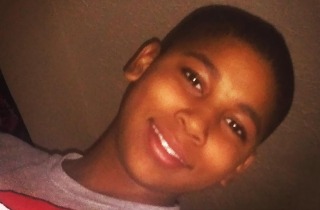 The Cleveland Police Department announced on Tuesday that they will fire the officer who shot and killed 12-year-old Tamir Rice in 2014. Timothy Loehmann no longer has a job. Another cop, Frank Garmback, will spend 10 days of suspension.

Rice was shot and killed after cops were notified of a black person pointing a gun at people outside a rec center. But Rice only had a toy gun, and the 911 caller suggested the apparent weapon was fake (police apparently weren’t notified of this important detail).

Ofc. Loehmann was a probationary officer at time of shooting says Chief

Loehmann isn’t being fired for the shooting. He’s losing his job because was a probationary officer, and officials said they discovered inconsistencies in his police application. Police Chief Calvin Williams promised the department will be more thorough in the future.

Changed hiring process in 2015 days Chief Williams. “Make sure we view and read through any personnel file…”

Rice’s death sparked a fraught debate over how law enforcement treats black people, and whether this relationship is fair. A grand jury declined to indict Loehmann in 2015. His family settled a lawsuit with the city of Cleveland in 2016.