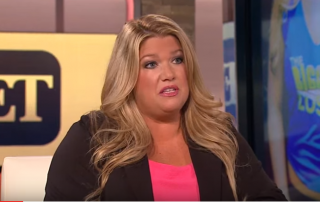 Contestants from NBC’s hit reality show, ‘The Biggest Loser,” are claiming that the show supplied them with illegal drugs for the sake of weight loss, the New York Post reported. Suzanne Mendonca from Season 2 said contestants took amphetamines and vomited in the bathroom. Season 5’s Joelle Gwynn claimed that her trainer’s assistant approached her with a drug and told her to take it, saying, “It’ll really help you.” These contestants and others spoke out after a federally funded study examining why most participants in the show were gaining weight back blamed it on changing metabolisms, hormones, and genetics.

The study was conducted by Dr. Kevin Hall of the National Institutes of Health, in collaboration with Dr. Rob Huizenga, the show’s physician. Huizenga, known by participants as “Dr. H,” was one of the problems, they claim. Mendonca said, “People were passing out in Dr. H’s office at the finale weigh-in,” and that five people went to the hospital during her season. Gwynn said after she was told to take drugs, Huizenga “gave us some lame explanation of why they got added to our regimen and that it was up to us to take them.”

A source close to the production told the Post that trainer Bob Harper and his assistant gave people Adderall and pills containing ephedra extract, which is used for energy and weight loss. The FDA banned ephedra in 2004.

Dr. Huizenga denied the allegations of drug use, telling the Post, “Contestants are told at the start of the show that there is zero tolerance for any weight-loss drugs. Urine drug screens and the evaluation of serial weights are repeatedly used to flush out possible illicit use.” Show producers said in a statement, “We prohibit the use of any illegal substances, in addition to the many other rules and procedures of the show that are designed to ensure safety.” Harper did not comment.

Other contestants alleged that they were encouraged to use dangerous weight loss methods besides drugs, including vomiting and having nearly half their recommended amount of calories.