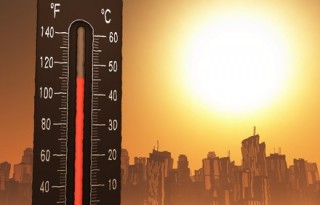 The school board of Portland, Oregon passed a unanimous resolution to eliminate textbook that cast any doubt over the whether climate change is real, or that human activity is responsible for it, Fox News reported. Any materials that suggest otherwise have to be removed. The resolution says, “There is overwhelming consensus in the scientific community that the climate crisis is created by human beings.” It also calls for “curriculum and educational opportunities that address climate change and climate justice in all Portland Public Schools.”

Bill Bigelow, a former teacher who helped present the resolution, said, “A lot of the text materials are kind of thick with the language of doubt, and obviously the science says otherwise,” according to the Portland Tribune, adding that current textbooks use words like “might,” “may,” and “could,” when discussing climate change. Bigelow said he doesn’t want students to learn from material provided by the fossil fuel industry.

Not everyone in the state agrees with the new resolution. The Oregon Institute of Science and Medicine has a petition saying:

There is no convincing scientific evidence that human release of carbon dioxide, methane, or other greenhouse gasses is causing or will, in the foreseeable future, cause catastrophic heating of the Earth’s atmosphere and disruption of the Earth’s climate.

The organization’s website claims that the petition has signatures from over 31,000 scientists.

The resolution was presented to the Board of Education’s Teaching and Learning Committee, which voted 3-0 in its favor.