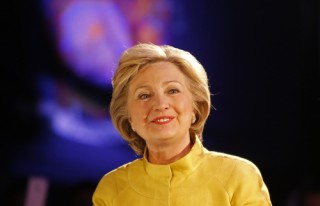 And Donald Trump has the dubious honor of achieving the exact opposite: He has raised less from women than any other major party’s nominee at this point in the presidential cycle since at least 1989 (which is as far back as our data goes). Women have also given his campaign less as a share of total contributions than any White House candidate.

The stark difference between the two presidential front-runners’ fundraising bases highlights the role of gender in a race featuring both the country’s first woman ever to be a major party’s presumed nominee and a celebrity billionaire who repeatedly has made insulting comments about women.

The data refers only to contributions of greater than $200, since campaigns aren’t required to provide to the public details (including names) on donors of smaller amounts.

Still, the race dynamic makes for the largest gender gap in presidential fundraising history. Clinton has raised 53 percent of her campaign’s contributions of more than $200 from women, a Center for Responsive Politics analysis shows, while the comparable figure for Trump is a mere 28 percent. The divide is nearly twice what it was in 2012, when President Barack Obama raised 44 percent of his funds from women versus former Massachusetts Gov. Mitt Romney’s 28 percent.

Clinton has raised $74 million from women who gave more than $200 — almost $10 million more than she’s raised from men in the same category. That’s far more than Trump, who has done little in the way of broad fundraising and has received just $688,640 from women giving more than $200.

Trump aside, women have been breaking toward Democrats for some time. The Clinton-Trump face-off this year just accelerated a trend that began in 2004.

In Congress, the picture isn’t quite as dire for Republicans, where women donors haven’t been abandoning the party quite as dramatically. Democrats, however, are growing the share of their total funds raised from women.

Super PAC contributions are a different matter entirely; men remain dominant when it comes to giving big political money. The Clinton-backing super PACs have raised 25 percent of their cash, or about $18 million of the $70 million raised, from women.

All told, that means 44 percent of the money behind Clinton’s candidacy came from women. A smaller figure, sure, but still the highest of any 2016 candidate aside from Wisconsin Gov. Scott Walker, who had Republican megadonors Diane Hendricks and Marlene Ricketts giving to his outside spending groups before he dropped out of the race

Will Tucker is a reporter at opensecrets.org, a non-partisan nonprofit organization which tracks money in U.S. politics.  Senior Researcher Doug Weber contributed to this report.