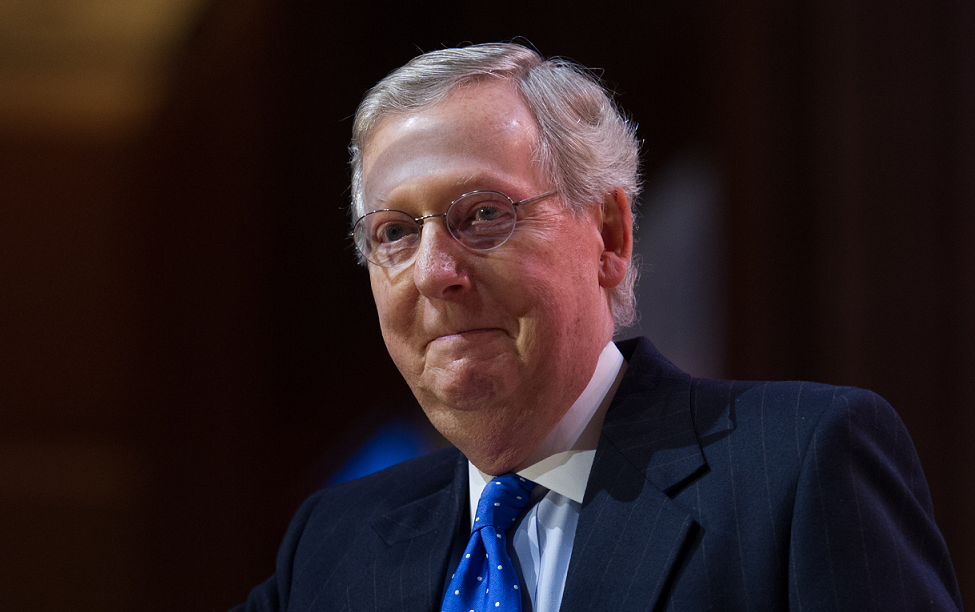 The American Health Care Act barely made it through the House of Representatives, and now it’s up to the Senate to determine whether it will pass. With only a 2-seat majority, the GOP could have their work cut out for them, especially with some Republicans looking to draft their own bill, or at least work to turn the existing AHCA into something they believe will pass. And they’re not in any rush. Senate Majority Leader Mitch McConnell (R-KY) said on Monday, “This process will not be quick or simple or easy, but it must be done.”

Sen. John Cornyn (R-TX) backed that up. “We are not under any deadlines,” Cornyn said to Bloomberg,  “so we are going to take our time.” Cornyn said that once they know they have the required 51 votes, they’ll move forward.

But what about a filibuster? The Senate may have abolished them when it comes to confirming Presidential nominees, but when it comes to legislation, they still exist. Filibusters are where one party will tie up the floor with never-ending discussion to avoid action. A filibuster can only end if there are 60 votes against it, so essentially, if a filibuster is expected, the supporters of a bill know that they’ll need 60 votes to pass it instead of 51.

Of course, Republicans have thought of this. They’re hoping to avoid a filibuster by pushing AHCA through as what is called a budget reconciliation bill. These bills generally cover debt limits, taxes, and government spending, and aren’t subject to filibusters so they can be passed by a simple majority of 51 votes. However, this gets tricky, because according to what is known as “The Byrd Rule,” reconciliation bills can’t have “extraneous matter” unrelated to budgetary purposes.

According to Cornell Law School Professor Josh Chafetz, no one knows yet if AHCA will make the cut as a reconciliation bill. “We won’t know whether the AHCA qualifies — and if not how it would have to be changed — until after the CBO [Congressional Budget Office] scores it and the Senate parliamentarian then makes an advisory ruling,” Chafetz told LawNewz.com. What makes this situation particularly odd is that the CBO typically scores a bill before it’s passed, not after, so they can inform Congress of the estimated cost of legislation before there’s a vote. With AHCA, House Republicans pushed it through before the CBO was even done looking at it. However, the CBO had scored a previous draft of the bill, and former CBO Director Doug Holtz-Eakin told The Atlantic that he doesn’t think the changes make much of a difference. The latest CBO assessment estimated that AHCA would reduce federal deficits by $150 billion between 2017 and 2026. Holtz-Eakin doesn’t anticipate drastic changes. “They’re really tiny tweaks in my view,” he said. “So I don’t think there’s any real big mystery here.”

After the CBO finally scores the bill, Senate Parliamentarian Elizabeth MacDonough will decide whether it qualifies as a reconciliation bill. Her decision could determine whether AHCA passes. It’s no wonder The Hill called MacDonough “the most powerful person in Washington few have heard of.” MacDonough is not an elected official, but as the head of the nonpartisan Parliamentarian office that acts as the Senate’s advisor for interpreting rules and procedures, she could hold the key to this whole thing.

Of course, even if MacDonough gives the GOP the go-ahead, there’s no guarantee they’ll even get their 51 votes. Senators Rob Portman (R-OH) and Dean Heller (R-NV) have gone on record saying they’re not happy with the current bill, and Sen. Susan Collins (R-ME) said she’s already working on a new bill with Bill Cassidy (R-LA). Sen. Ted Cruz is also reportedly working on an alternative. But as Sen. Cornyn said, there is no deadline here, so if they can successfully avoid the filibuster, they’ll take as long as necessary to get the party on the same page. So in the end, the answer to the question can Democrats filibuster the health care bill is . . . maybe.