Bribing Delegates at the Republican Convention May Be Illegal After All, Based on Very, Very Old Law 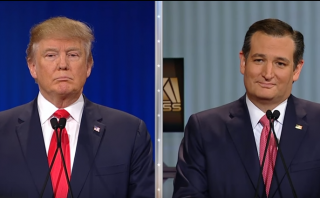 With so much discussion over what will happen to delegates in the event of a brokered convention, both before the event and during, no one has really been sure what measures the different campaigns could take to sway delegates to their side. With experts saying there are basically no party rules prohibiting gift giving, there has been genuine concern that a campaign with deep pockets could creatively convince delegates to nominate their candidate.

ABC News first reported on a little known Ohio anti-bribery statute from 1871  that might close some purse strings. Ohio revised code section 3599.01 says”if any candidate for nomination to any office before any convention…shall pay, or cause to be paid, or promise to pay, directly or indirectly,any money or goods of any value to any delegate or delegates for the purpose of obtaining his or their influence or vote for such nomination” is guilty of a misdemeanor and if they won the nomination would be ineligible for the office. They’d also be fined between $100 and $500, which was certainly a much more hefty fine back in the 1870s. The original version of the law was from 1871, but language was added in 1874 to target conventions in preparation for the 1876 Republican convention, which took place in Cincinnati.

Here’s the original text of the 1874 Ohio law that could affect horse-trading in Cleveland. https://t.co/kxIGM7Uxkd pic.twitter.com/LsbPyN3lAV

Apparently the very behavior that people today wonder about was also rampant at local conventions back then, according to an 1874 story in the Cincinnati Enquirer.

So does this mean that in Cleveland, where this year’s convention will take place, bribery will be expressly outlawed? Not so fast.

It is possible that the law may not have authority over a Presidential race, especially when it comes to saying that a candidate who is found guilty would have to give up the nomination. “I think it is something that could be accomplished with respect to state and local options,” Dan Tokaji, an election law expert from the Moritz College of Law at Ohio State University, told ABC. “I doubt it would be enforceable with respect to a president.” Tokaji added that the language of the law is unclear, as well. “Let’s say your dad is a delegate,” he said, “you couldn’t give him a birthday present.”

There’s another question related to the language of the statute. The law prohibits payment from a candidate “directly or indirectly,” but what exactly does “indirectly” encompass? The drafters of the law certainly never envisioned Super PACs, who have great flexibility to spend as much as they want, as long as it isn’t coordinated with a candidate. So could a Super PAC theoretically convince a delegate to vote a certain way without it being considered direct or indirect payment from a candidate? Maybe we’ll find out if campaigns start suing each other when the convention roll around.