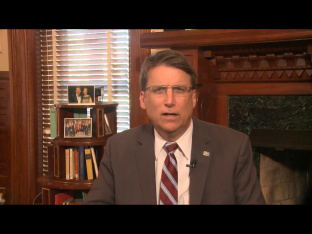 McCrory issued a statement on YouTube late Monday morning in which he asked his supporters to support the new Governor of North Carolina — Roy Cooper.

After trailing in the final tally by less than 10,000 votes, McCrory announced plans to pursue a recount in the state.  That process was underway and was expected to end on Monday.

McCrory became widely known nationwide after he signed legislation that required individuals to use the public restroom of their assigned sex at birth.

This is a breaking news story and LawNewz.com will provide updates as more information becomes available.