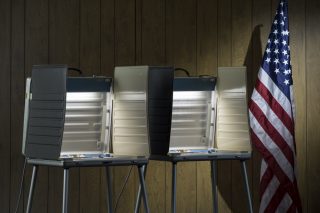 The Indiana State police are investigating after the Indiana Secretary of State discovered that thousands of dates of birth and names were changed on voter registrations. This comes as Donald Trump has doubled down his rhetoric that the election is “rigged against” him.

“We ran a report in the Statewide Voter Registration System and found thousands of dates of births and first names were changed,” said Secretary of State Connie Lawson in a press release. “These records were changed on paper forms, at the BMV and online. At this time, my office is not sure why these records were changed, but we have evaluated the Statewide Voter Registration System and have found no indication it has been compromised. We believe this may be a case of voter fraud and have turned our findings over to the State Police, who are currently conducting an investigation into alleged voter fraud.”

For voters who may be affected, the Secretary of State says they can still vote in the upcoming election. More information on what to do can be found here.

Indiana State Police are currently investigating the potential voter fraud. This is in addition to another investigation of election tampering which has been extended to include 56 Indiana counties.