BOMBSHELL: NSA Experts Say DNC ‘Hack’ Was Actually a Leak and Inside Job 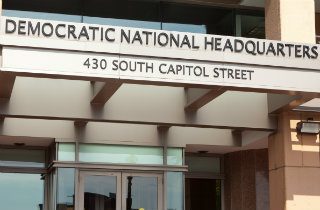 A new report states categorically that the Democratic National Committee (DNC) was not hacked by Russians–or anyone else–as frequently alleged by the mainstream media, liberal intelligentsia and anti-Trump politicians.

The Nation‘s Patrick Lawrence wrote a lengthy review of the findings made by various computer experts formerly with the NSA. Published this week, the left-wing magazine’s report notes two bases for their conclusion: (1) hard science shows that a remote hack of the DNC servers resulting in the breach that actually occurred would have been technologically impossible; (2) forensic review of the initial Guccifer 2.0 documents proves that they are poorly-disguised cut-and-paste jobs–forgeries–intended to finger Russia.

Lawrence, by way of the experts’ findings, concludes that the so-called “hack” was actually an inside job by someone with internal access to the DNC’s computer network. In other words, the DNC has (or had) a leak.

The report mostly relies on the work of Veteran Intelligence Professionals for Sanity (VIPS), which was founded in 2003 in order to push back against the false claims of Iraqi WMD emanating from the second Bush White House. Despite mostly being ignored by the media so far, VIPS diligently set to work on unraveling the cocoon of misinformation surrounding Russiagate and the DNC hack narrative.

Four members of VIPS are currently concentrating on the task. They are: (1) William Binney, the NSA’s former technical leader who also designed many of the programs now in use by the agency; (2) Kirk Wiebe, a former senior analyst with the NSA’s SIGINT Automation Research Center; (3) Edward Loomis, the former technical director at the NSA’s Office of Signal Processing; and (4) Ray McGovern, former chief of the CIA’s Soviet Foreign Policy Branch.

First, VIPS noted, the NSA has the technical prowess to root out exactly what happened because their publicly known programs alone are capable of capturing any and all electronic transfers of data. As VIPS noted, “If NSA cannot produce such evidence—and quickly—this would probably mean it does not have any.”

That’s a drum VIPS has been beating for awhile, but, of course, that’s not hard evidence. There simply wasn’t much of any–until very recently. Those recent documents undergird the report’s first contention–the technological impossibility of the DNC breach having been a long-distance hack. Lawrence describes the impossibility like this:

“The metadata established several facts in this regard with granular precision: On the evening of July 5, 2016, 1,976 megabytes of data were downloaded from the DNC’s server. The operation took 87 seconds. This yields a transfer rate of 22.7 megabytes per second. These statistics are matters of record and essential to disproving the hack theory. No Internet service provider, such as a hacker would have had to use in mid-2016, was capable of downloading data at this speed.”

What is the top possible speed? Somewhere around 16 megabytes per second. According to Skip Folden, a former IBM program manager and independent analyst, 22.7 megabytes per second is beyond unlikely under the circumstances–unless you’re downloading the files directly using a storage device like a USB drive. He said:

“A speed of 22.7 megabytes is simply unobtainable, especially if we are talking about a transoceanic data transfer. Transfer rates of 23 MB/s are not just highly unlikely, but effectively impossible to accomplish when communicating over the Internet at any significant distance. Further, local copy speeds are measured, demonstrating that 23 MB/s is a typical transfer rate when using a USB–2 flash device (thumb drive).”

As to the report’s second contention–that the Guccifer 2.0 documents were tainted to cast curious eyes toward Russia–Folden notes that a simple peeling away of the documents’ top layer of metadata shows the sloppy and intentional misattribution.

The report is lengthy and doesn’t stop there. Lawrence notes multiple additional problems with the now-broken narrative: CrowdStrike is essentially an arm of the DNC itself; Dmitri Alperovitch, CrowdStrike’s co-founder and chief technology officer is consumed by Russophobia; the FBI has never once examined the DNC’s servers by themselves; that famous Intelligence Community Assessment breathlessly reported as the cumulative work of 17 national security agencies was actually the work of three “hand-picked” analysts.

Lawrence even raises the possibility that Guccifer 2.0 was a whole-cloth creation of the DNC used to deflect away from the leak’s contents and send everyone scrambling to find Russians underneath all the nation’s laptops and ashtrays.

That question, for now, will have to remain unanswered, but it looks like the official story is swiftly crumbling away.

Editor’s note: After some amount of internal unease with the initial report, The Nation has initiated a “post-publication editorial review” of Patrick Lawrence’s reporting which will partly focus on the “technical feasibility” points mentioned in the original article. LawNewz will update this story as it develops.