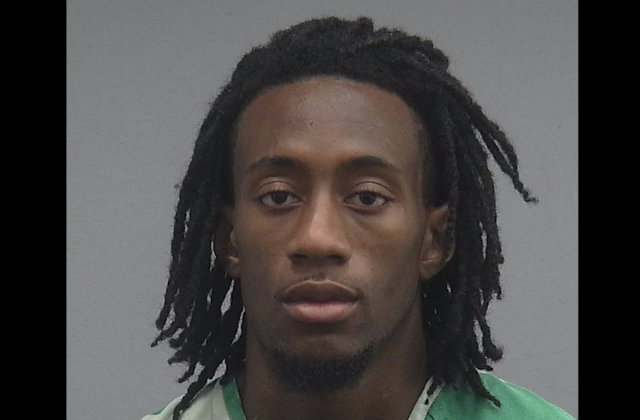 Florida man Brandon Jermain Halstead was arrested Tuesday for sexually assaulting his ex-girlfriend, cops said. But the authorities say they didn’t stop him–his mother did, according to the Gainesville Police Department report obtained by the Gainesville Sun.

Halstead broke into the ex’s bedroom, and pushed her onto her bed, cops allege.

“Baby, let’s make this right,” he said and sexually assaulted her, according to the woman. She tried to push him off, and he punched her in the face, throat, and upper torso, she said.

Then, the cavalry appeared. The ex managed to contact Halstead’s mother, who arrived at the scene mid-sexual assault, the report said. Mom yelled at him, telling her to get off the ex, and that she didn’t raise him “like that,” police said.

Halstead ran off with the ex’s cell phone, cops said. He is currently being held at Alachua County Jail on $510,000 bond on charges of felony first-degree sexual assault, felony first-degree burglary with assault or battery, and misdemeanor first-degree larceny of an item under $300 and at least $100.