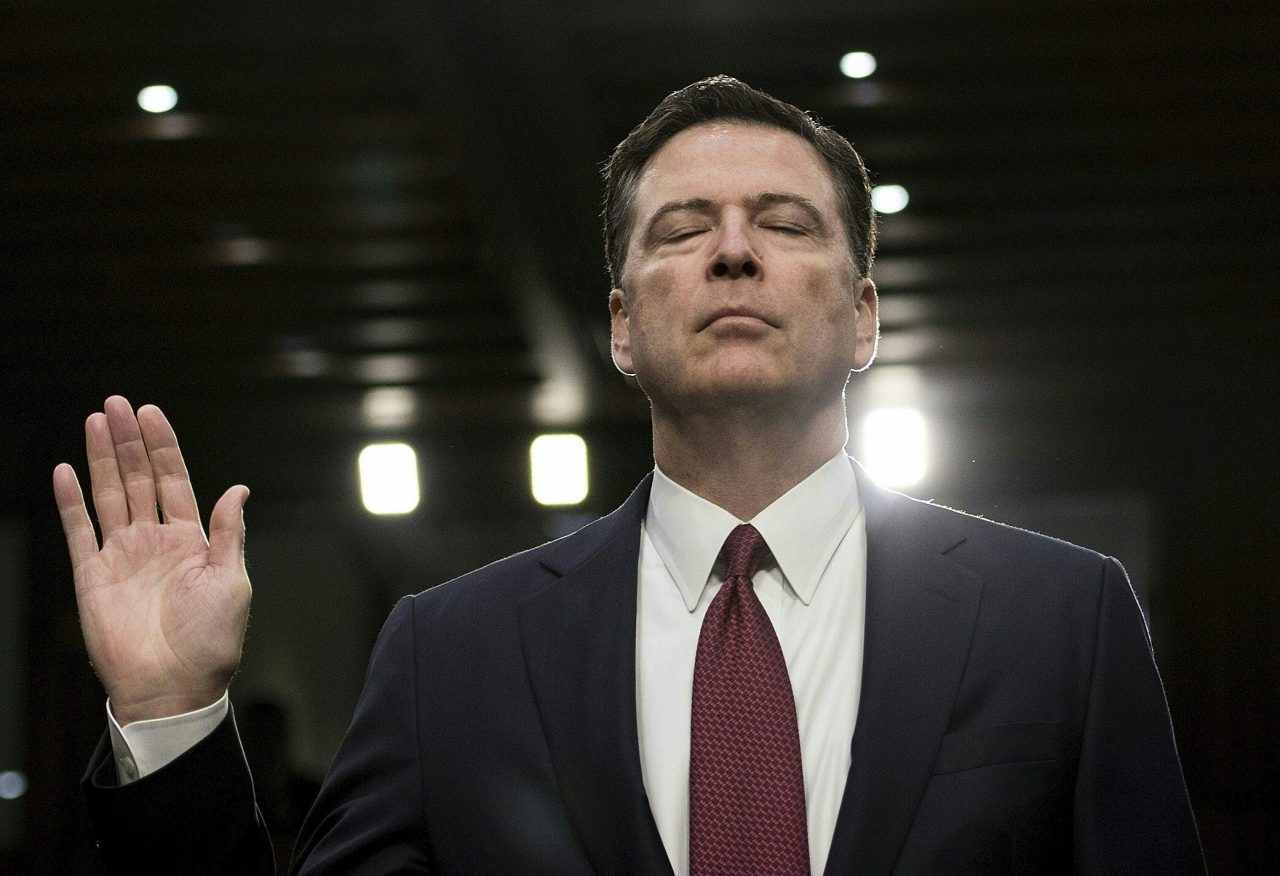 A newly-discovered email suggests former FBI Director James Comey may have been less than honest about his meetings with former president Barack Obama on the subject of Russian interference with and during the 2016 general election.

Senators Lindsey Graham (R-SC) and Chuck Grassley (R-IA) released the email on Monday after requesting “records of meetings between President Obama and then-FBI Director Comey regarding the FBI’s investigation of allegations of collusion between associates of Mr. Trump and the Russian government.”

In turn, the National Archives provided Grassley and Graham with “classified and unclassified versions” of the email in question. According to that email’s timestamp and header, it was written by former national security advisor Susan Rice and sent to herself at 12:15 p.m. on  January 20, 2017–right around the time Donald Trump was inaugurated as president. The self-sent email reads, in part:

On January 5, following a briefing by IC leadership on Russian hacking during the 2016 presidential election, President Obama had a brief follow-on conversation with FBI Director Jim Comey and Deputy Attorney General Sally Yates in the Oval Office. Vice President Biden and I were also present.

If Rice’s email is accurate, Comey may have seriously misled Congress about his meetings with Obama.

Dated June 8, 2017, Comey’s “Statement for the Record” provided to the Senate Select Committee on Intelligence, notes, “I have tried to include information that may be relevant to the committee.”

Comey clearly did not find the January 5, 2017 meeting to be particularly relevant.

Comey’s failure to disclose this meeting to the Senate committee is likely to be viewed as an intentional and material omission of a highly relevant fact related to the Russiagate investigation.

Comey’s testimony does mention Obama, though. He writes, “I spoke alone with President Obama twice in person (and never on the phone) – once in 2015 to discuss law enforcement policy issues and a second time, briefly, for him to say goodbye in late 2016.”

Critics are likely to view Comey’s addition of the qualifier “alone” to describe his meetings with Obama in the sentence above as a cagey bit of lawyering used to avoid referencing the January 5, 2017 meeting.

However, that January 6, 2017 meeting with Trump is referred to in Comey’s congressional testimony. The former FBI director’s statement notes:

I first met then-President-Elect Trump on Friday, January 6 in a conference room at Trump Tower in New York. I was there with other Intelligence Community (IC) leaders to brief him and his new national security team on the findings of an IC assessment concerning Russian efforts to interfere in the election. At the conclusion of that briefing, I remained alone with the President- Elect to brief him on some personally sensitive aspects of the information assembled during the assessment…The IC leadership thought it important, for a variety of reasons, to alert the incoming President to the existence of this material, even though it was salacious and unverified…The Director of National Intelligence asked that I personally do this portion of the briefing because I was staying in my position and because the material implicated the FBI’s counter-intelligence responsibilities.