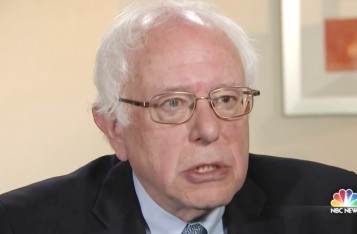 Vermont Senator (and former Democratic presidential candidate) Bernie Sanders plans to introduce legislation to close legal tax loopholes that may have been used by Donald Trump.

Reports published over the weekend say Trump claimed a nearly one billion dollar loss on his tax returns in 1995.  Some tax experts say claiming such a significant loss may have allowed Trump to use legal tax loopholes to not pay any income tax for nearly two decades.

On Tuesday, Sen. Sanders announced his plan to close those tax loopholes.

“Special tax breaks and loopholes in a corrupt tax code enable billionaires and powerful corporations to avoid paying their fair share of taxes while sticking the burden on the middle class,” Sen. Sanders said in a statement obtained by LawNewz.com. “It’s time to create a tax system which is fair and which asks the wealthy and powerful to start paying their fair share of taxes.”

He added, “I will be introducing comprehensive legislation at the beginning of the next session of Congress to do just that.”

According to Sen. Sanders, the legislation will close the following tax loopholes:

Additional information about the proposed legislation is available HERE.