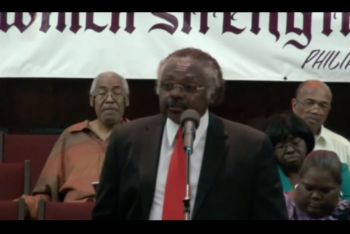 American Atheists Inc. has filed a lawsuit against Kansas City, MO and several government officials over the planned use of tax dollars to promote a Baptist convention that will be held in the city later this year.

The Kansas City Star reports the atheist group filed the federal lawsuit on Friday over the City Council’s decision to provide $65,000 from the Neighborhood Tourist Development Fund to a group that will promote the National Baptist Convention USA Inc., which meets in Kansas City in September.

Two local members of the atheist organization, Eric Abney and Joshua Stewart, are named as plaintiffs in the lawsuit that asks the court to enjoin the city from spending the money because it benefits a religious organization.

Plaintiffs pray this Court grant the requested relief barring the unconstitutional payment to Modest Miles Ministries because Defendants authorized the grant for the sole purpose of providing indirect aid and support to a pervasively sectarian organization comprised of member Baptist churches and church auxiliaries for its local religious event. Defendants’ grant of municipal taxpayer monies for religious purposes demonstrates municipal preference for the Baptists over no religion and preferential treatment of the Baptists over the Lutherans by officials under color of state law with respect to neutral public benefit programs in Missouri.