Amid Backlash for Defending Trump, Dershowitz Reminds Everybody He Voted for Clinton 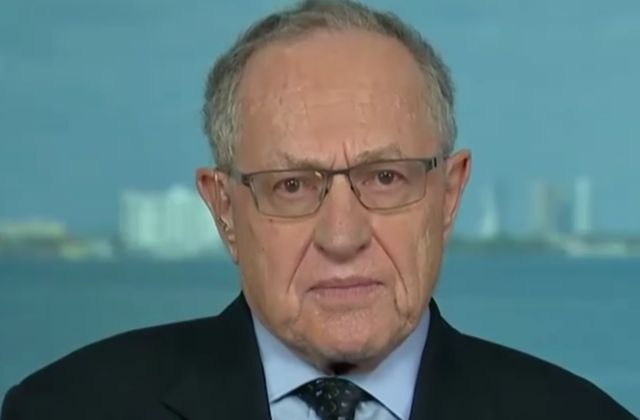 Harvard law professor Alan Dershowitz has been losing fans lately thanks his arguments in defense of Donald Trump. But this is, after all, a guy who built his name as a liberal. That fact popped up again in a Tweeted rebuttal to colleague and Trump-critic Laurence Tribe.

Are you really counseling me not to articulate principles I’ve been advocating for decades because they sometimes help someone you and I voted against? I will continue to support civil liberties as I always have.

“Are you really counseling me not to articulate principles I’ve been advocating for decades because they sometimes help someone you and I voted against?” Dershowitz answered back.

We reached out to him for clarification about the post.

“I have never voted for a republican for president,” he told Law&Crime over email. “Of course I voted for and contributed to Hillary Clinton.”

None of this is a surprise, but it’s what makes his recent appearances in the media so striking. Long story short, he’s been arguing that people are too quick to assume that Trump’s campaign violated a law in their alleged ties to the Russian government’s 2016 election interference.

The only fed statute that punishes “collusion “ to my knowledge is the antitrust law. You can’t just make up crimes against Trump or Clinton https://t.co/zHe8c2T78z

“My point is that we should not stretch existing criminal laws to fit political opponents with whose actions we disagree,” Dershowitz wrote in an August op-ed for The Hill.

On Monday, his continued his criticism on how Special Counsel Robert Mueller is handling the investigation into Moscow’s interference and the alleged ties with the Trump campaign.

“Why not seek the warrant?” he said Monday on Fox News after it was revealed that Mueller obtained emails from the Trump transition. “Getting warrants is like getting candy at Christmas. It’s very easy to get, and not getting a warrant gives the defense an opportunity to challenge it in court.”

We’ll just have to see how the investigation plays out. Mueller’s team reached two convictions so far, both guilty pleas for lying to the FBI about conversations with Russians. In return for a light sentence, former National Security Adviser Michael Flynn agreed to admit wrongdoing and provide information relevant to the probe.